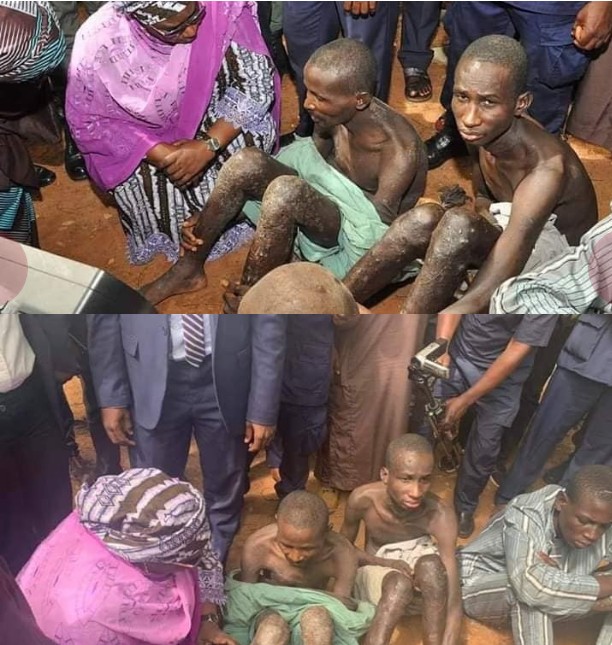 The torture homes was raided in Zaria, Kaduna State on Tuesday, October 22nd.

Unlike the two centres, Malam Niga Rehabilitation Centre and another managed by Malam Ismaila Abubakar that were raided recently in Rigasa, Igabi Local Government Area of Kaduna State, the Zaria rehabilitation centre, has no female inmate.

During the operation, the security operatives rescued 11 people who were in chains, including an 11-year-old boy.

The NSCDC Deputy Commandant in Kaduna, Aloysius Nnegha, informed reporters that three people died in one of the centres while in custody.

He added that many of the victims suffer from acute malnutrition as a result of the dehumanised condition they were subjected to.

He also revealed that five operators of the centre were arrested during the operation.

Following the operation, the Deputy Governor of Kaduna State, Mrs Hadiza Balarabe, visited the NSCDC office in the state where the victims and the suspects were taken into custody.