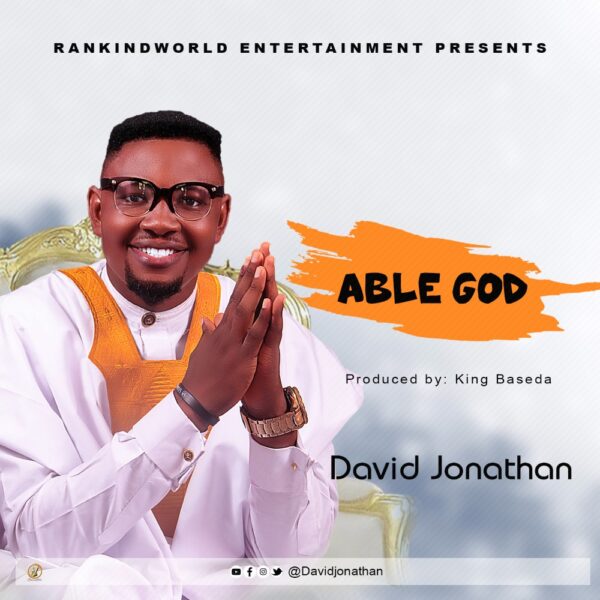 Minister David Jonathan whom God has been using for years to bless lives through his music ministry released this new song, to reassure believers that Christ can do all things.

The born again child of God who believes that music ministry is more of a calling than just singing released his first musical album in 2014 which songs like “Where would I be”, “Nkon nkon Abasi Ibom”, “Am coming Home” and “Na God” make impacts around the world.

David Jonathan who is a graduate has ministered with other notable music ministers around the world. His newest single, “Able God” is a song that will become an anthem in the mouth of many, also an international single.

This song “Able God” was amazingly produced by King Baseda.