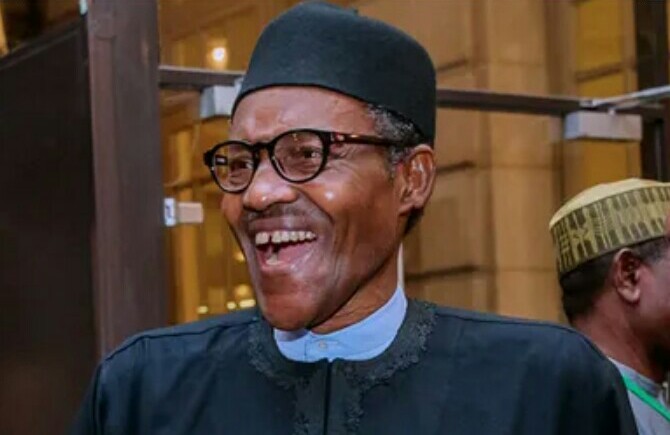 Charles Oko Ennya, a member of the All Progressive Congress has reportedly filed a suit at the Federal High Court in Abakaliki, Bayelsa in support of a third term for President Muhammdu Buhari – In the suit, he is asking that the clauses restricting the president from seeking another term be removed from the constitution – The APC member is therefore asking the court to address the National Assembly and the minister of Justice, Abubakar Malami, to act accordingly A member of the All Progressives Congress (APC) in Ebonyi state, Charles Oko Enya, has reportedly appealed to the Federal High Court in Abakaliki to ask the National Assembly and the Attorney-General of the Federation (AGF), Abubakar Malami to remove the constitutional clauses stopping President Muhammadu Buhari from getting a third term.
OKAYWAVES reports that he made this appeal in a suit numbered FHC/AI/CS/90/19 and filed at the court on Wednesday, November 23, and made available to the newspaper by his lawyer, Iheanacho Agboti.
In the suit, the APC member is asking for the removal of section 137(1) (b) and 182 (1) (b) in the 1999 constitution from the country’s law. He added that such clauses were an impediment on the fundamental human right of the president and state governors. He added that the present two-term tenure is discriminatory. Defendants in the suit are clerk of the National Assembly, Mohammed Sani-Omolori, the National Assembly and the AGF.

over25 killed as a plane crashes into homes in Congo