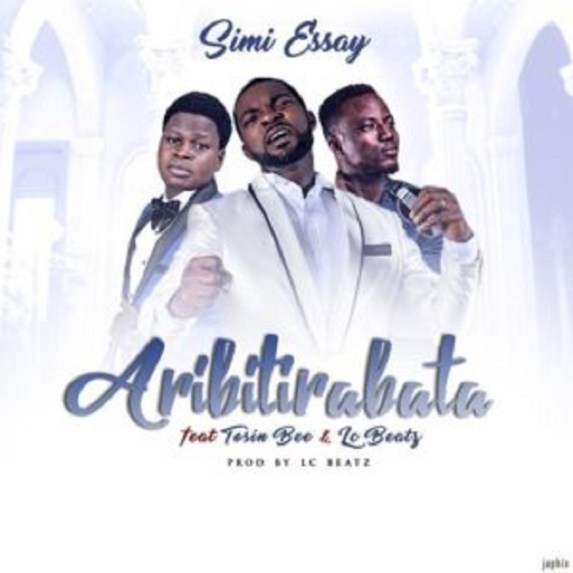 Simi Essay is back with new jam titled Aribitirabata featuring Tosinbee & LcBeatz Simileoluwa Adegbesan (stage named SIMI ESSAY) is a Nigerian recording and performing artiste, song-writer, music coach and director, a worshiper and praise driver with an energetic master of the art with his fuji fusion. Born in Lagos, Nigeria.

In this song, Simi called God by names, aribitirabata, arabataribit, meaning that God is a big, mighty and awesome God, that is the king of all the world, savoir, redeemer, all times BOSS, king of glory that died for the whole world to redeem us.

He started singing and writing from the teenage church but has been singing professionally since 2006 with his maiden ministration at a campus concert. A crop production graduate from Olabisi Onabanjo University revered from stage acting into singing.