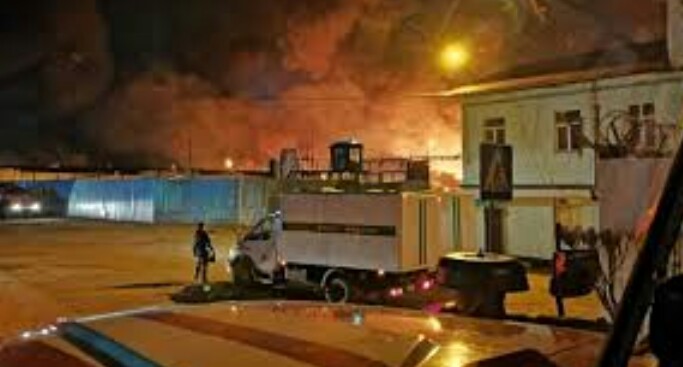 An inmate was found dead Saturday after a riot and a blaze swept through a Russian prison under a coronavirus lockdown in eastern Siberia, authorities said.

On Friday, the work yard of the colony was engulfed in flames as riot police cordoned off roads leading to the prison, turning away independent observers. The fire was extinguished by Saturday morning.

“When they cleared the debris, they found the body of an inmate,” said Irkutsk region rights ombudsman Viktor Ignatenko, quoted by Interfax news agency. “It was a violent death.”

The regional penal service issued a statement late Friday saying the situation is “under control” and  investigators are on site after “inmates set several buildings in the work yard on fire.”

Independent rights monitors called the clashes a “riot” which broke out after a guard beat an inmate.

On Saturday, the local group Siberia Without Torture said it is launching an independent investigation with inmates’ relatives to understand exactly what happened.

“Prisoners say there are corpses there,” activist Pavel Glushenko said in a video appeal posted on Facebook. “We need to prevent similar things from happening in other colonies.”

He said relatives and monitors are unable to contact the prison due to quarantine restrictions imposed during the coronavirus epidemic. The prison was under quarantine and visits halted.

Activists on Friday evening published footage and messages sent to them by inmates and family suggesting that law enforcement used firearms and gas against prisoners, who pleaded the outside world for help.