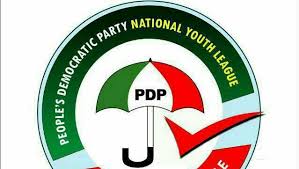 The National Working Committee of the Peoples Democratic Party will today 22nd of September, hold a crucial meeting on the just concluded Edo State governorship poll. According to sources, the party would review the election won by its candidate and Edo State Governor, Godwin Obaseki.

The PDP chieftain, who disclosed that notices for the meeting had been sent members, also said the party was concerned about the crisis among its members in the South-West three weeks to the Ondo State governorship poll.

“The main thrust of today’s (Tuesdays) meeting will however be our preparations and strategies for the Ondo State Governorship Election which will by God’s grace hold on October 10.

Another top-ranking member of the party who is also privy to preparations for the meeting said “We have a fair idea of the challenge before us in Ondo. So, it will be in our interest to put our house in order.”

It was further gathered that the party leadership was determined to galvanize the support of its leading lights in the South West geo-political zone to take advantage of the general discontent with policies of the ruling All Progressives Congress to extend PDPs sphere of influence beyond Oyo State which is currently the only PDP controlled state in the zone.

Related Topics:breaking newsedoGodwin Obaseki. The PDP chieftainhold a crucial meeting on the just concluded Edo State governorship poll. According to sourcesnewsNigeria todayondo state governorship electionrecentsouth-westThe National Working Committee of the Peoples Democratic Party will today 22nd of Septemberthe party would review the election won by its candidate and Edo State Governor
Up Next

Living On You – Dr John Mo