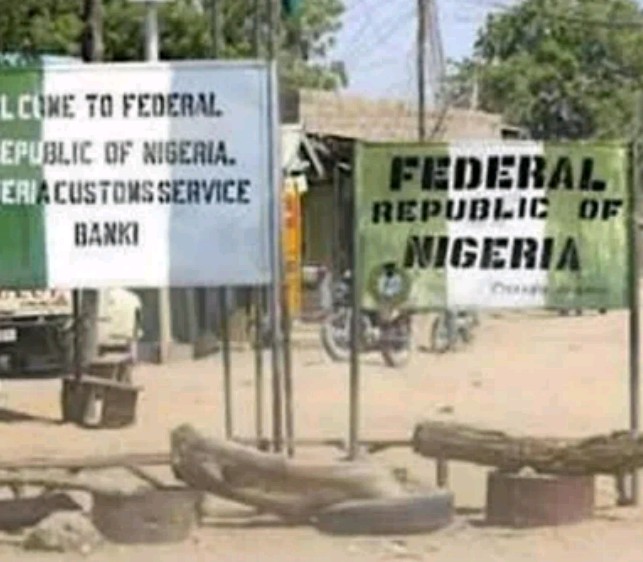 The Nigeria Customs Service (NCS) on Monday shocked the Nigerian business community when it announced that all goods, illicit or legitimate, have been banned from entering or exiting the country via land borders.

The Comptroller-General of Customs, Hameed Ali, made the disclosure in Abuja at a media briefing on the ongoing Exercise Swift Response involving all military, paramilitary and intelligence agencies being coordinated by the Office of the National Security Adviser (ONSA) meant to sanitize the borders.

According to him, while the operation lasts, all imports and exports, especially consumables, hitherto transported via the country’s land borders can now be done via seaports and airports where Customs and Immigrations have sufficient equipment and personnel to scan the goods entering or exiting the country.

“We hope that by the time we get to the end of this exercise, we would have agreed with our neighbours on the type of goods that should enter and exit our country,” the Comptroller-General said.

“For now, all goods, whether illicit or non-illicit, are banned from going and coming into Nigeria.
“Let me add that for the avoidance of doubt that we included all goods because all goods can equally come through our seaports.

“For that reason, we have deemed it necessary for now that importers of such goods should go through our controlled boarders where we have scanners to verify the kind of goods and how healthy to our people can be conducted.”

He insisted that despite the right of movement of persons in the enabling ECOWAS protocols, territorial security must take primacy.

Mr Ali, who was asked if the Federal Government had not breached the movement rights of the citizens and international trade, remarked: “When it comes to security, all laws take a back seat.

“We want to make sure that our people are protected. You must be alive and well for you to begin to ask for your rights. Your rights come when you are well and alive,” he said.

“Go and the people in Maiduguri when Boko Haram was harassing their lives, the only question was survival, there is no question of right. This time Nigeria must survive first, before we begin to ask for our rights.”

The Comptroller-General said the operation will continue until neighbouring countries comply with the rules of engagement, rather than becoming corridors through which illicit goods are dumped into Nigeria.

Reacting, economic experts have said the government cannot close the borders for too long as it will hurt the economy.

Mansur Ahmed, an executive director at Dangote Group, and president of the Manufacturers Association of Nigeria (MAN) said:

“I understand that the closure of borders is supposed to be a short-term arrangement to at least stop the massive hemorrhage of smuggled goods, particularly things like rice and so on into the country, while the government is looking for a more long term solution to the problem.

“I think the arrangement should be held sufficiently long enough to be able to put in place a long term, more sustainable solution”

“I believe that manufacturers will be willing to work with this arrangement for a time, but it shouldn’t be an indefinite thing because, obviously, if you close the borders there are manufacturers who are genuine exporters whose businesses will be seriously hurt.

There are also manufacturers who are bringing either raw materials or some of their inputs into the country and doing so legitimately. I think those people should not be penalised for too long.