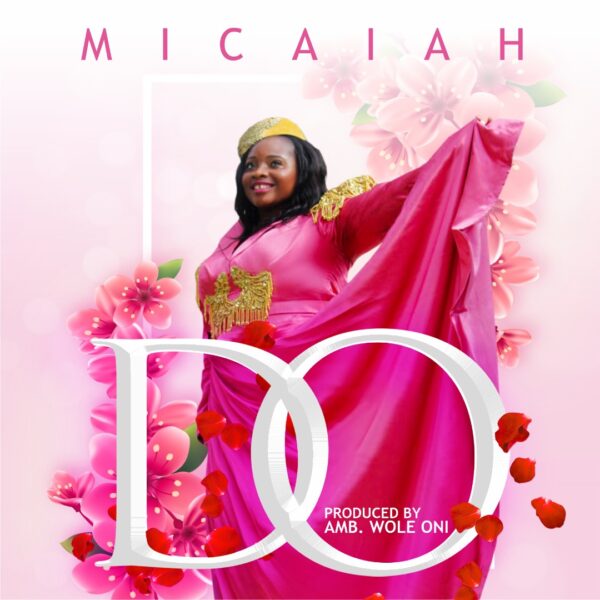 Anointed gospel music minister  and prolific songwriter, Micaiah drops her latest release coming at the tail end of 2021, which she simply titles: “Do.”

The release is complemented with an amazingly beautiful video, in the trend of Micaiah’s releases. She is known for backing her releases with top notch Gospel music videos. Also, the video has a cameo appearance from renowned music producer and Yamaha ambassador, Wole Oni, who is also the brain behind the arrangement and instrumentation.

The single, an African Traditional Folk music laced with Jazz and Soul music elements, acknowledges the omnipotence of God. It is a supplication unto Him to bare His everlasting arm and disrupt normalcy or abnormality through divine intervention.

It is also a worship unto God in the light of the acknowledgement of His all knowing, all powerful nature.

“”DO” was composed at the lowest times of my life. I had no other option, but to cry out to God. Then, when I thought all was going haywire against me, I met one of the most wonderful producers in the world and he co-wrote the verses with me. All thanks to God Almighty, this came through,” Micaiah said.

Micaiah is known for beautiful songs and videos such as “Tani T’Oluwa,” “Kilode,” “Thank You” featuring Mike Abdul, amongst others. As a Gospel music minister, she has been in well over 50 places, around the United States, including the African-American Christian Women’s Conference, in Dallas, Texas, RCCG Georgia, North Carolina, Houston, Nigerian Fashion and Beauty Awards, Houston, Texas and more.

Micaiah has featured in a soon-to-be-released movie by Double O Productions, titled “Roommates.”

Get Audio here: Do By Micaiah