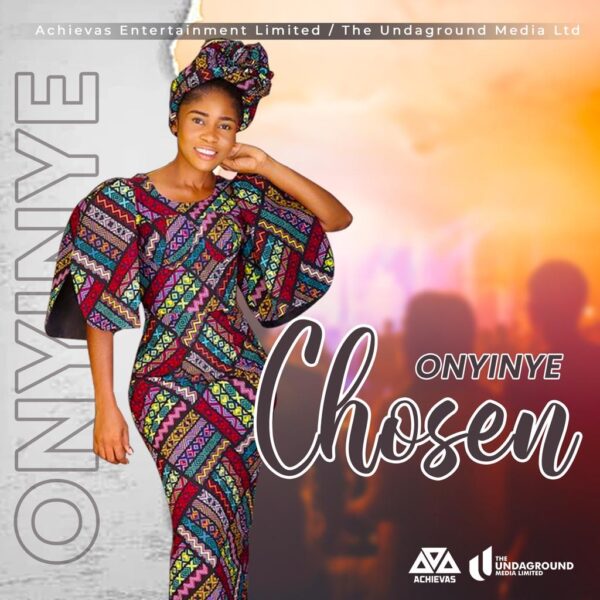 Onyinye is a native of Imo State and a graduate of Marine Engineering from the Federal College of Fisheries and Marine Technology in Lagos. She discovered her musical gift at a very tender age from having to undertake different roles as a choir lead in her church. Growing up, she learned to hone her singing skills and eventually became an undeniably fantastic gospel talent. This process saw her attain membership with an evangelical music group where she ministered across schools and universities in Lagos, Benin, Ilorin and Owerri.

Adding to the list of feats achieved while her career progressed, a film to which she recorded the soundtrack to, Toka McBaror’s The Island won 4 awards out of 10 nominations at the 2018 Toronto International Nollywood Film Festival in Canada. Her tiny contribution in the movie piqued the interest of Daniel Cole Chiori, a head huncho at Achievas Entertainment who coincidentally were producers of the movie and didn’t hesitate to finalize her acquisition to the label, making her the first gospel musician to be signed on.

Commenting on the company’s decision to add a gospel musician to the roaster, Mr Paul Cole Chiori who is the founder of Achievas Entertainment disclosed that Onyinye demonstrated pure excellence in her musical prowess, citing her composition skill and sing ability as her competitive edge. He said; “not only is she a great composer but she is also a firebrand vocalist with a unique voice and texture that sets her in a league different from others,” further adding that she possessed all the qualities needed to excel in the creative industry.

The inspiring musical bears Onyinye’s signature nightingale vocals with high notes that are assisted by the bold and raving harmonies of a choir powering through from the background. Rest assured that you will be ministered to and left with a lifted spirit every time you listen to this beautiful and angelic tune because Onyinye is here to reel you into an enchanting experience of supernatural reverence.