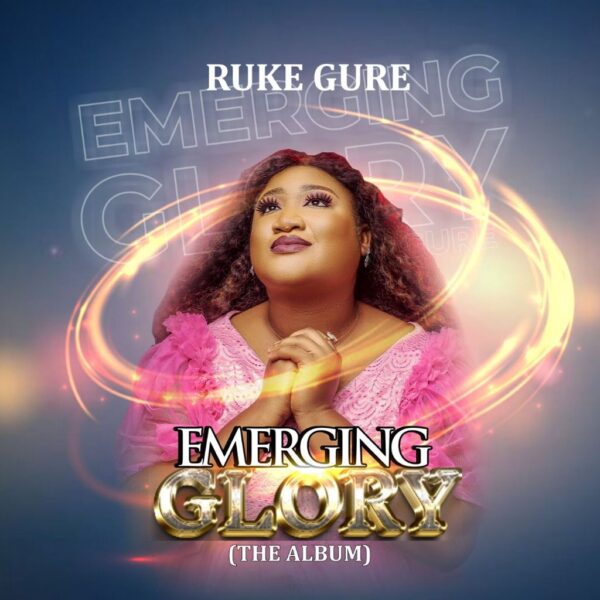 ABOUT THE SONG:
The “Emerging Glory” album is an electrifying collection of songs that embodies the Glory of God emanating from a person.
The idea behind this body of work is to affirm that it is time to break forth, to emerge and to represent all that the Father has called you to be.
After the Success of her Debut Album Melodies Of Love which had a Massive reception worldwide with Over 200,000 Streams Worldwide comes this Beautiful Body of Work With Amazing Songs in the album are Shine to the World , House of Great and See the Light. Even songs like You Know Me and Love to Jesus are songs birthed from a broken and contrite heart .

Other songs such as I’m gonna Testify and Running Over will get you off your feet and inspire you to praise God. As you fellowship with this album it is my earnest desire that God’s Glory will radiate through you and you will emerge a winner!
Hallelujah!!!

ARTIST BIOGRAPHY
Ruke Gure is a dynamic Songwriter and Singer who has been singing from the age of four, but began singing professionally about a decade ago. Ruke believes that music is a form of expression that should be uninhibited, which reflects in her strong passion for music.

With her unique sound she has captured the very essence of true worship as she faithfully serves in her home church, Gospel Pillars Ministry where she continues to lead thousands in worship.
Ruke released her debut single, “Before Before” in May 2020, a song which she describes as ‘a reflection of my past and gratitude for my present’. The song is a journey from darkness into light, and continues to be a blessing to many around the world.

In October 2020, she released her debut album “Melodies of Love” With soothing songs like ‘Prince of Peace’ to afro pop songs like ‘Without You’ and the ‘Revival’, her song are geared towards drawing the soul into a deeper level of intimacy with God the Father.
The eight track album is set to revolutionize Gospel sound around the world. In 2021 she released another single titled “shine to the world”.

Shine to the World is an inspirational song that calls forth the light in you. The world is waiting to see the manifestation of God’s glory in you so give them a SHOW!!

No Be My Head – Sammie Tall