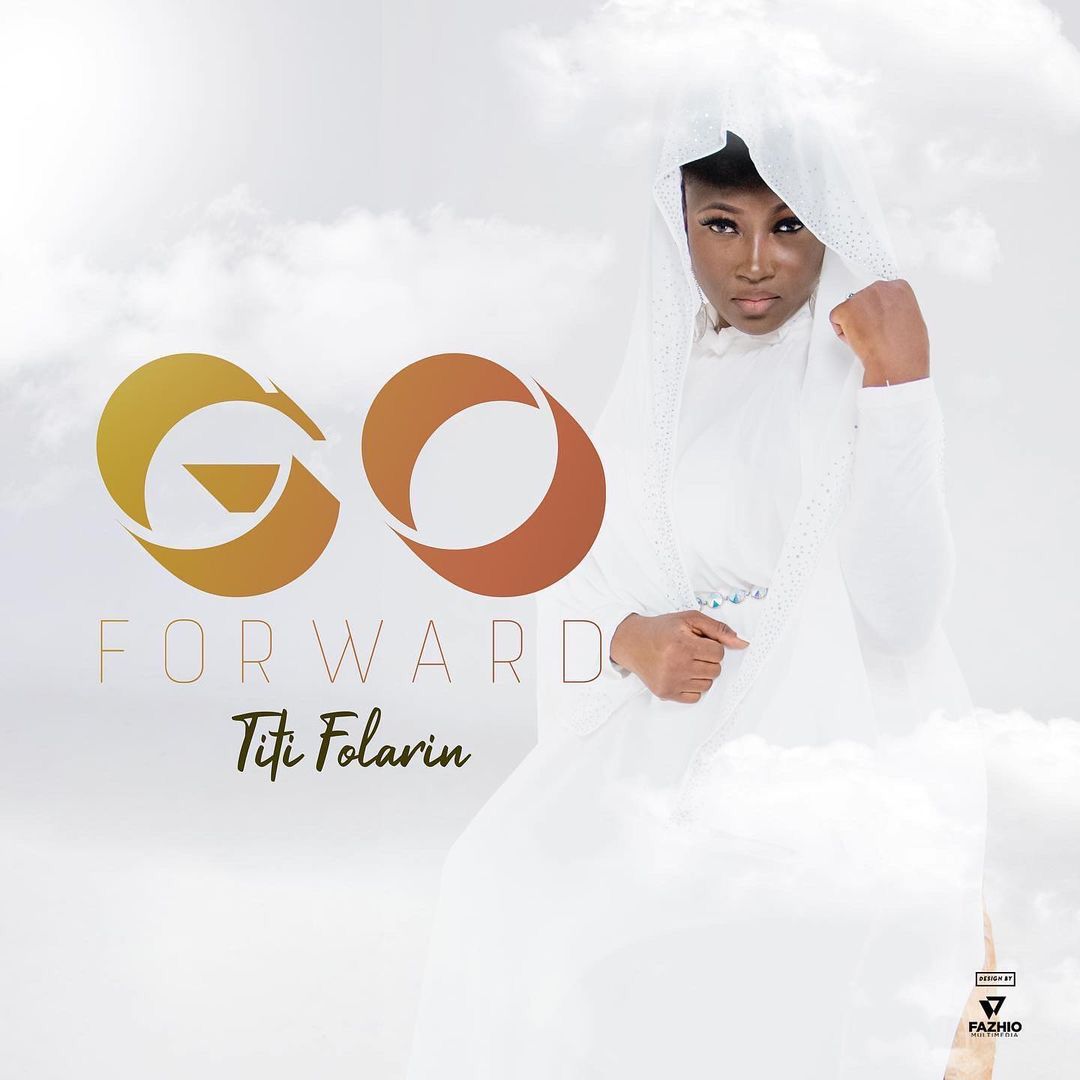 US-based gospel music sensation, Titi Folarin releases a new song titled “GO FORWARD”, reminding that God will never leave you to suffer as long as you obey him.
He makes a way in the wilderness and he makes rivers in the dessert. I pray this song blesses you immensely and stir in you an unrelenting obedience to God as you walk in his purpose for your life. Amen.

ABOUT THE SONG
“Go forward” was conceived in the spirit of thanksgiving.

Recently, my family and I went through a difficult time and it was the grace of God that saw us through. This song is a response to God’s goodness.

Though I wrote this song in one day, the truth is that I have carried most of the lyrics in my spirit for years.

The inspiration for the songwriting flowed effortlessly like rain as I yielded my pen to the Holy Ghost. “Go forward” is not just a song, it is a deep message from the father’s heart to his children in this season. God is building an army that cannot be stopped by any form of fear!

Lyrics: Go Forward
Talk:
I have a message for you…yes you.
It’s time for you to embrace that prophecy over your life….

Verse 1:
I’m the king over the nations
Do not be afraid to follow me
The horse and it’s rider
I’ve thrown into the sea for you
Parted the sea into a highway
By the blast of my nostrils

Verse 2:
I’m the God of times and seasons
Will you hold on to my hand
And let me lead you
(Ah ah ah…)
Do not miss your moment
Mountains will bow to you
If I can care for the lilies
Why won’t I care for you

Adlibs:
Go forward
Advance forward
Go take the promised land
I’ll go before you
And be right behind you
Be strong

You are more than conqueror
Leap forward, Leap upward

I’m going forward
Jehovah is with me
Say I’m crossing over
Nothing can stop me now
I’m soaring higher
Higher, higher, higher

BIOGRAPHY
Titi Folarin is a captivating gospel singer and worship pastor based in Maryland. With the love of God and music in her heart, Titi Folarin is on a mission using her voice as a tool to uplift others through the praise of God.

Folarin’s relationship with music started at an early age, and for this, she thanks her biggest mentor, her father. Folarin’s father (Pastor Sunday Sowunmi) was a choirmaster. Folarin remembers her father gathering her family around with the sound of his box guitar, and they would then proceed to fill the whole house with song. Through these cherished moments, Titi Folarin’s passion for music was ignited. As she grew, her father taught Titi how to write songs of her own. She would perform on stage for the first time at age 12.

Folarin went on to release her 2010 debut album Manifest.Within the Manifest album, Folarin compellingly delivers gospel music. In the album, she draws from a variety of musical sounds such as jazz, contemporary gospel, as well as West African musical elements stemming from her Nigerian Yoruba ancestry.

Notably, Titi has performed for various bands and choirs in the last decade. She has also served as worship minister with different churches.

A highlight of her ministry was featuring as lead female vocalist on the Winners Chapel Maryland’s One Voice music release titled TURNING AROUND.

Titi currently serves as a worship pastor in her local church.

She is happily married and fulfilled.