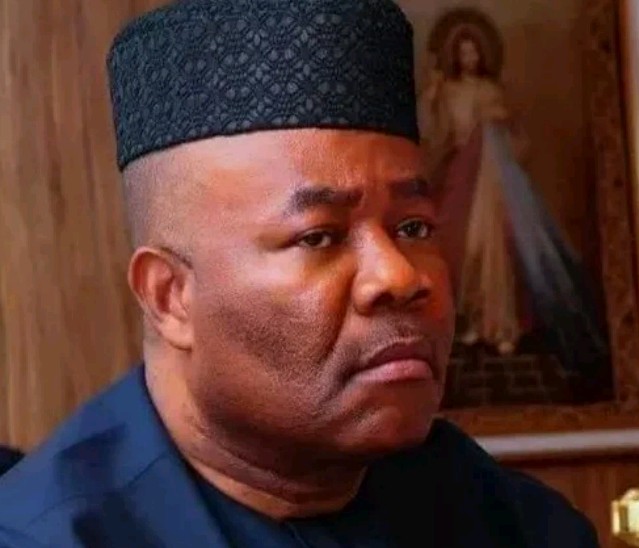 Akpabio had earlier challenged the victory of Senator Chris Ekpenyong of the Peoples Democratic Party, who was declared winner of the February 23rd,2019 general election.

The Court of Appeal had ruled that a rerun election should be held in some parts of Ikot Ekpene Senatorial District.

Akpabio, in a letter to the National Chairman of the All Progressives Congress, Adams Oshiomhole, asked the party to submit another name to replace him as he won’t abandon a critical national assignment placed on him as minister.

He said, “I have taken into consideration the critical national assignment bestowed on me by Mr President which will be of immense importance to Nigerians and in particular the indigenes of the Niger Delta region and have resolved to remain as a minister of the Federal Republic of Nigeria to further discharge my contributions and services to our great fatherland.

“It is on the premise of the foregoing and particularly in line with the provisions of Section 35 of the Electoral Act, 2010 (as amended) that I want to formally and voluntarily withdraw my candidature as the candidate of the All Progressives Congress for the forthcoming re-run election for the Akwa lbom North-West Senatorial District.”

Related Topics:God's will Akpabio withdraws from AkwaIbom senatorial rerun election
Up Next