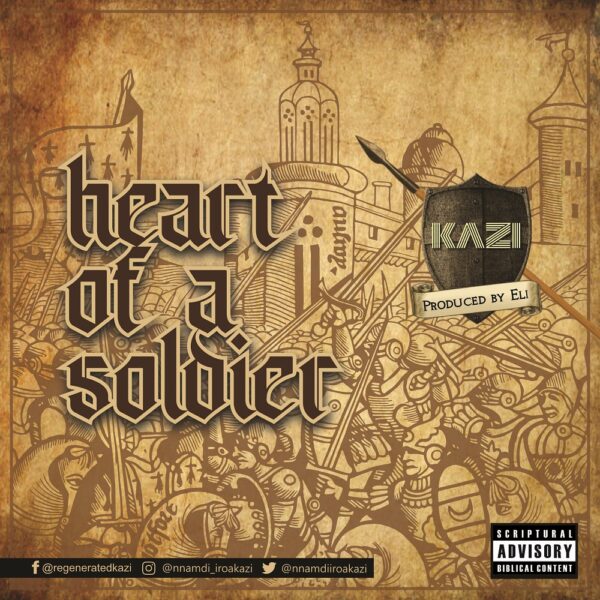 Kazi, whose birth name is Iroakazi Nnamdi, is a Nigerian rapper and singer. He hails from Imo State, Nigeria and is a graduate of Mechanical Engineering. He is a believer in Christ, and the founding Pastor of The Perfecting House, Owerri, in Imo State, a church family committed to teaching and training believers to walk in all the fullness of their Identity and inheritance in Christ and effectively carry out the work of the ministry.

He is very passionate about the Doctrine of Christ, and devotes time to studying and teaching the same, and raising men for Christ. And for him, Hip-hop is just another avenue to skillfully put out the word of Christ, and share a sound and biblical view to life, inspiring believers. This is the inspiration behind the Hashtag #doctrineonbeatz

His primary goal in music is to edify, enlighten, inspire and strengthen. Kazi released his first gospel rap track, Sealed in 2018. He is currently working on an EP album. He hopes that his songs inspires believers who love rap music as they listen.

Veracious pastor and Christian rapper, Kazi is set to drop another hot new single this October. He titles this one, Heart Of A Soldier. This is coming three years after his debut single, Sealed in 2018.

Talking about the song, Kazi said, “Heart of a Soldier was inspired from Paul’s admonition to Timothy in 2Timothy 2:3-4 where the minister is admonished to embrace the discipline and doggedness of a soldier.” The song contains deep scriptural truths about the believer in Christ, and is aimed at inspiring as well as challenging believers to their roles in advancing God’s kingdom.

As is characteristic of Kazi, this song was carefully written with soothing rhymes and punch lines and was skillfully delivered by his strong, beautiful vocals. Add that to the fact that it was produced by Eli, with those powerful 808s accompanying the vocals, you can already tell that the song is a hit.

Listen on YouTube (Lyric Video – Heart of a Soldier):

More Of You – Sade Obisesan