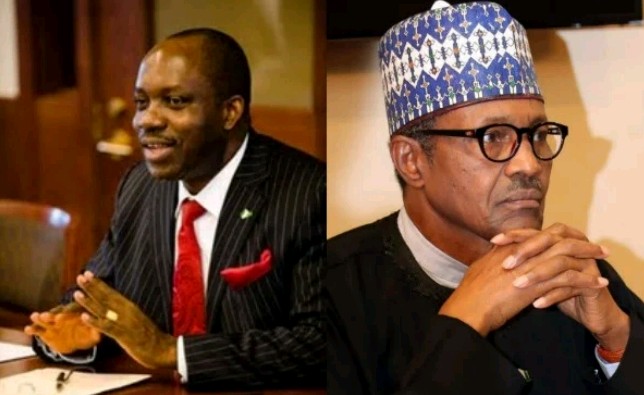 Chukwuma Charles Soludo, Former Governor of the Central Bank of Nigeria, and a member of the economic advisory council recently appointed by President Muhammadu buhari, has recounted how a friend adviced him to reject the appointment.

According to the economic expert, his friend wanted him to reject the appointment because “there was no money in it”.

While speaking at an event organised by Covenant Christian Centre in Lagos, Mr Soludo expressed hope of President Buhari’s decision yielding fruits as he faulted the thought pattern of some Nigerians. He also stated the constitution is unsustainable as it can’t carry Nigerians for long.

“When I was named as member of the Economic Advisory Council, a friend called me, spoke in Igbo: ‘leave their job for them’, I asked why, he said ‘but there’s no money there now, just a Committee… that’s how we reason in Nigeria,” he said.

Soludo further likened Nigeria’s current reality to the “foundation of an old bungalow”, saying the country needs to among other things change its economic institutions.

He said: “Our constitution, together with its command and control institutions concentrated at Abuja, was designed for and around the sharing and consumption of the oil rent. It is largely obsolete for the demands of a production economy without oil rent which requires competitive and flexible rather than unitary federalism.

“As the oil rent is tapping off, its internal contradictions have burst open, requiring a lot of survival mechanisms to keep the system afloat. But for how long?

“A post-oil economy requires that agents maximise their fullest potentials which would require a national rather than a federal response. You can’t clap with one hand.

“What we need is a new national business model. You are designing good ideas and good plans without the underlying infrastructure to carry those ideas forward.”

Urging the elites to give the Nigerian child “what we enjoyed”, the former CBN governor stated Nigeria’s greatest resources is its population even though adequate measures have not been put in place to tap into this.

He said: “This children in the next 30 years will be youth, they need jobs, they need education, they need water, they need housing. Twenty years time, the oil will be history. I want to ask whether we are actually prepared enough to welcome the 400 million Nigerians in 30 years time.

“Since 1992, we have implemented all kinds of plans all designed to diversify the economy but we are still tied to the life support of the oil sector. If you want to change a persistent economic structure, you have to change the underlying economic institution.

“Our greatest resource is human beings, but we are not going to export illiterates. The easiest way to waste the future is to continue to churn out illiterates and largely unemployed persons must of whom see criminality as the only way to escape.”