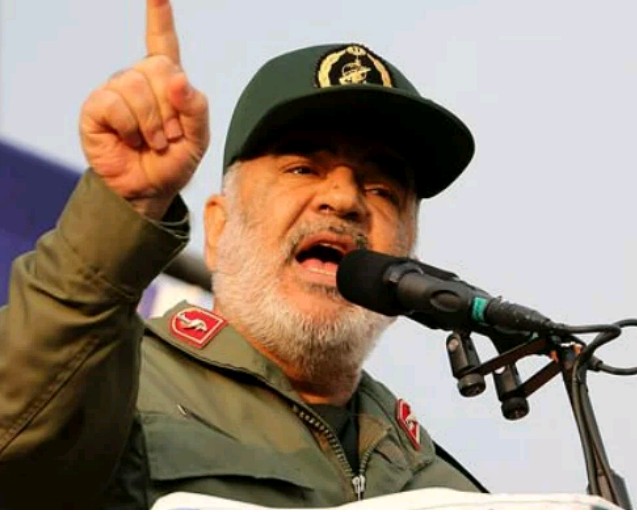 Iran has vowed to ‘destroy’ America, Israel and Saudi Arabia if they cross Tehran’s ‘red lines’.

Addressing a pro-government demonstration on Monday, he warned the West: ‘If you cross our red line, we will destroy you… We will not leave any move unanswered.’ Amnesty International says more than 100 people were killed in the protests.

Iran has not released a death toll and cut off internet for several days, making it hard to ascertain the extent and severity of the demonstrations.

Thousands of young and working-class Iranians took to the streets on November 15 after gasoline price hikes of at least 50 per cent were announced, voicing outrage at a further squeeze on living costs compounding hardships imposed by renewed US sanctions.

Protesters quickly expanded their demands to include a removal of leaders seen as unaccountable and corrupt.

Violence erupted with at least 100 banks and dozens of buildings torched, the worst disturbances since unrest over alleged election fraud was crushed in 2009, with dozens killed by security forces.

On Monday, state television carried live footage of demonstrators chanting ‘Death to America,’ and ‘Death to Israel’, while marching toward Tehran’s Revolution Square to hear a speech by a commander of the elite Revolutionary Guards.

State television and the foreign ministry had promoted the government-organised rally since Sunday in response to Western statements of support for the fuel price protests.

Related Topics:Gen Hossein SalamiIran vows to 'destroy' AmericaIsrael and Saudi Arabia if they cross Tehran's 'red lines'
Up Next