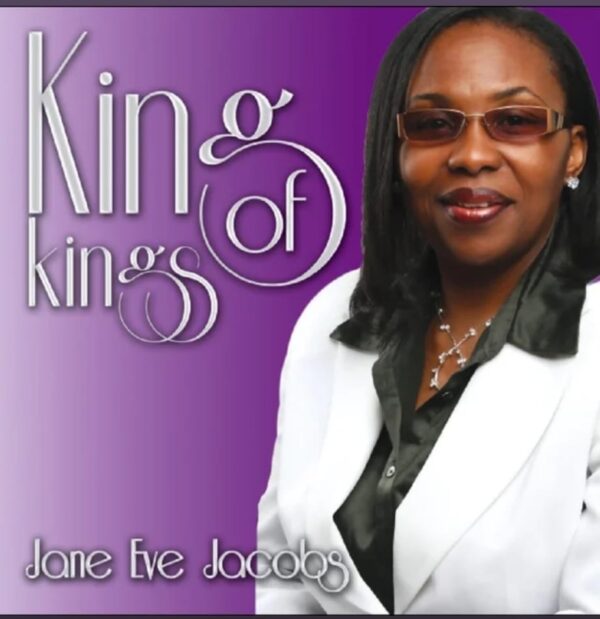 Versatile UK based gospel music artist and anointed song writer, Jane Eve Jacobs releases the music video to her popular song titled “King of Kings”, our God is the King of kings and the Lord of lords. At the mention of His name every knee will bow and every tongue shall confess that He is Lord.

Get Audio Here: King of kings By Jane Eve Jacobs

Jane Evelyn Jacobs, also known as Jane Eve Jacobs, is an ardent worshipper, singer-songwriter, lover of Jesus and servant of the Most High God. She is happily married to a wonderful and humble husband and their marriage is blessed with 3 beautiful children. She works in the Housing industry with an intensive housing management background. She is also a devoted member of the New Wine Church in Woolwich, London.

Her passion for the things of God is not accidental. She was largely influenced by her family and friends. Growing up in her household as a child, being the second born amongst five siblings, her father of blessed memory would go through some of his favorite songs with her and would make her and her siblings sing along with him.

Jane’s passion for music was first birthed in the local Catholic Church choir at the tender age of 10. However, her journey to Christ was rather unusual. Initially, She rejected the invitation to attend a church crusade in 1995 from her niece in-law and had to ask her husband to go instead and represent the both of them.

Meanwhile, she had a can of lager in one hand in her living room when the beer suddenly became tasteless. This was what compelled Jane to pour the rest down the sink. In that instance, she started to think of the direction to get to the church to meet her husband and his niece at Old Kent Road. This was Her turning point to Christ and the rest, one could say, is history.

After Jane rededicated her life to Christ in 2001, she developed a burden to see God’s Kingdom increase and would often share God’s love to people at every opportunity. With this hunger, She attended a mission trip with her then Pastor to Owerri, Imo State, Nigeria, serving the underprivileged and widows.

During this time, She served as a church worker cleaning the sanctuary and toilets before joining the choir and even prayed for viewers who would join the television broadcasts.

She expressed an interest in song writing to her former Pastor in 2007 and received a blessing to march onwards with this gift. She went on to release her first album titled, ‘King of kings’ in 2010. In 2014, She, released her second album titled “I Believe Your Word”, and in 2015, She released a single track titled “Let Your Kingdom Come”.

Whilst Jane is not the traditional singer-songwriter, It can be seen from the kind of songs that she churns out that her songs are heavily inspired by the Holy Spirit often through deep devotion, worship and meditation.