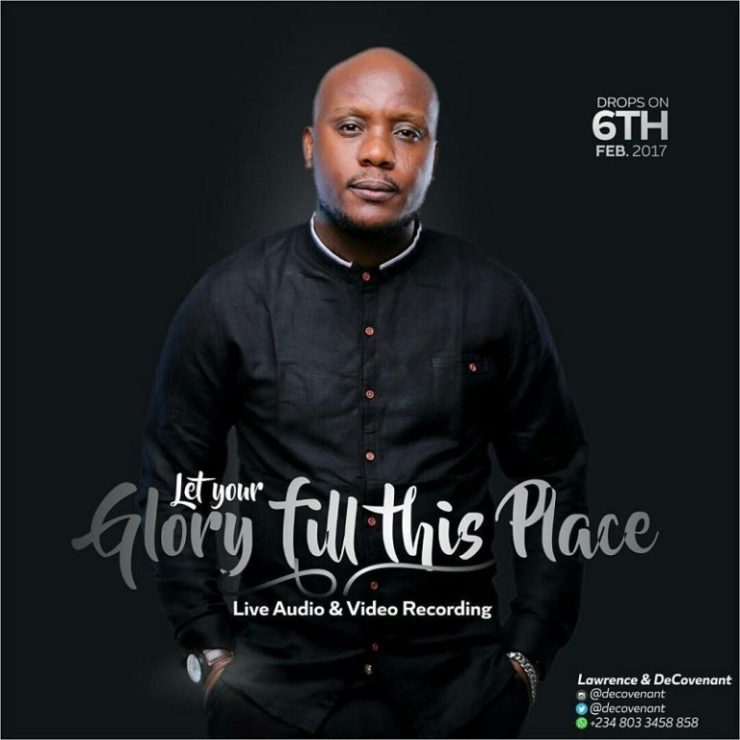 Off their live recording sessions in 2016, Lawrence and DeCovenant releases this powerful worship song titled ‘Let Your Glory Fill this Place‘. It is ideal for a ‘call to worship’ session in churches.

Let your presence fill this place

Let your anointing come and break every yoke

we need your power Lord, let you glory come

Lawrence & DeCovenant is a gospel music group with a divine mandate from God! According to James 1:27, their vision is to reach out to the un-reached through music.

They have a special mandate from God for the less privileged and widows, to assist in whatever capacity they are privileged to. The band officially started in September 25th 2009, in a prayer camp meeting where they engaged God in a three day fasting and prayer. It was on the third day God gave them the name “De Covenant”.

Lawrence Enweriku [Lawrence DeCovenant] is the privileged leader and visioneer of DeCovenant Musical Entertainment also known as DeCovenant. The group consist of 8 musicians and 9 vocalists. They have worked with a lot of gospel artists and also, shared stage with the likes of Micah Stampley, Gabriel Eziashi, Sammie Okposo, Frank Edwards, Tosin Martins, Freke Umoh, Midnight Crew, Eben, to mention a few.

Lawrence & DeCovenant released their debut album in 2009 titled “Call Am Oga “and in 2014 they came out with another album titled “Grace ” which includes songs like the popular “You Are The Reason”, ”Call Am Oga Remix”, ”Oghene Doh”, ”African Praise Medley” & ”Something”.

Peeyuu & Sophiya – Once You Have JESUS