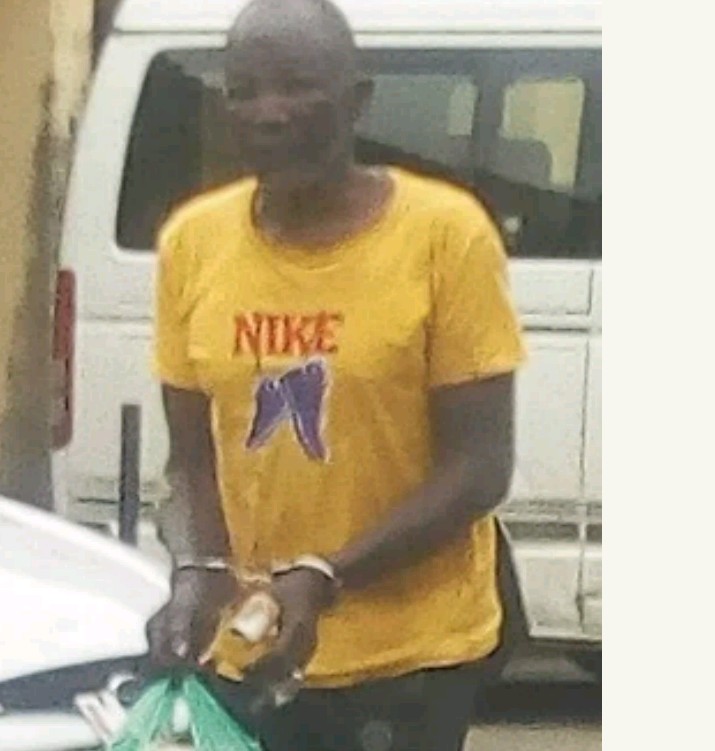 A 63-year-old man, Oluwatubosun Dahunsi, who is standing trial told Magistrates’ Court sitting in Owo, Ondo State, that he didn’t know what came over him when he hacked his wife, Funmilayo Dahunsi, to death thinking he was killing a goat.

Oluwatubosun was arrested by the Ondo State Police Command for killing his wife at Ita -Ipele in the Owo Local Government Area of the state on October 6 , 2019 .

He said Funmilayo (38) cried for help “but at that point, her cry sounded like that of a goat”.

The charge sheet reads: “That you, Dahunsi Oluwatubosun, ‘m’ on October 5, 2019, about 6.30a.m., at Ita-Ipele Camp via Owo in the Ondo Magisterial District, unlawfully (attacked with a machete) your wife, Funmilayo Dahunsi ‘f’ on her two hands, head, stomach, neck and her jaw with to death and thereby committed an offence contrary to Section 316 and punishable under Section 319(1) of the Criminal Code Cap 37, Volume 1, Laws of Ondo State of Nigeria, 2006.”

The defendant, who is facing a one-count charge of murder, pleaded not guilty when the charge was read to him.

Olatubosun, who had no legal representation, begged the court for mercy, saying he was only aware of what he had done after he had committed the act.

He said: “We only quarrelled over our children’s school fees. I never knew when I attacked her with a machete. It was after she died that I realised what I had done. Please have mercy on me and help me beg my children.”

The court asked the defendant if the victim did not cry for help during the assault and why he did not stop after the first cut.

He said: “She cried for help. But at that point, her cry sounded like that of a goat. So, I thought I was actually killing a goat. It was after killing her that my eyes became clear and I ran away.

“I don’t understand how it all happened. Please have mercy on me.”

According to the defendant, the victim already bore him five children. He said the eldest child, who was present in court is 22 years old, while the youngest is eight years old.

The police prosecutor, Sergeant Suleiman Abdulateef, told the court that he had filed an application for the remand of the defendant in prison pending the advice from the office of the Director for Public Prosecutions (DPP).

The Chief Magistrate, Mrs. Charity Adeyanju, granted the prayer of the prosecutor and ordered the remand of the defendant in the Olokuta Correctional Facility, pending the advice from the DPP.

Adeyanju adjourned the case till January 13, 2020.

Related Topics:Man kills wife in Owoondo state
Up Next

Woman, Baby, Others Lost Their Lives In Onitsha Fire Accident