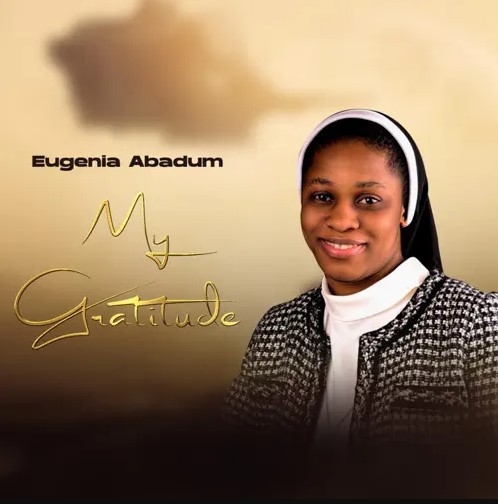 Budding Nigerian Christian music minister and a Catholic Nun Sr. Eugenia Abadum is out with her debut album titled “My Gratitude”.

The album has features from two other amazing Christian music artists 3Shells and Padre Steve.

Her love and passion for music has been the driving force which has also motivated her to come up with these songs and some more which would be coming out soon. She also believes that through the tool of music she can reach out, evangelize and spread God’s love to humanity.

GET FULL ALBUM HERE: My Gratitude By Eugenia Abadum

You Be God By Nonso Faith (Official Video)