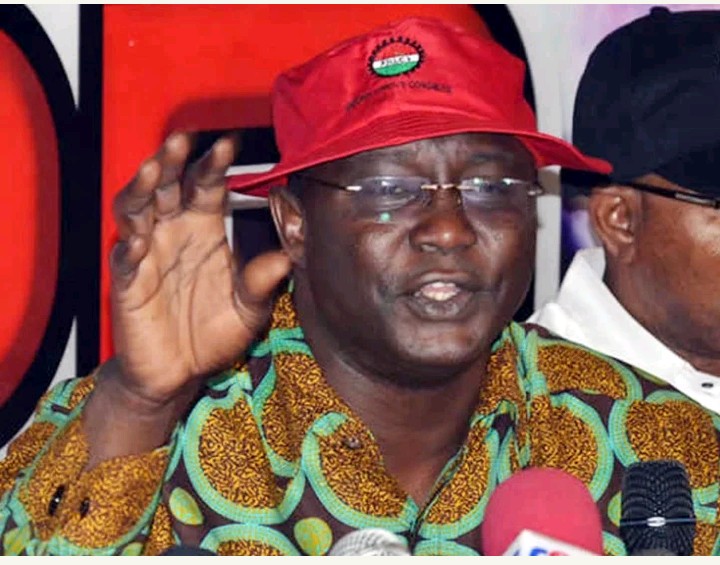 Onyebuchi Ezigbo in Abuja
The Nigeria Labour Congress (NLC) has rejected the moves by the federal government to concession the 22 federal teaching hospitals in the country.
It said such a measure could lead to exorbitant cost of medical treatment beyond the capacity of majority of Nigerians.
NLC President, Ayuba Wabba, said thursday at the opening ceremony of the 2019 Federal Capital Territory (FCT) Nurses Week/Scientific Workshop in Abuja, that the government should instead invite the private sector to invest by establishing new hospitals and not taking over existing public hospitals.
He said the Infrastructure Concession, Regulatory Commission (ICRC) recently recommended the concessioning of the 22 teaching hospitals, adding that previous attempts to privatise the National Trauma Centre in Gwagwalada, Abuja was rejected by the health workers’ union.
“For us to attain universal health coverage, certainly nurses who are the backbone of the preventive and curative medical services must be given the place in policy development.
“I am very happy that this year’s FCT Nurses Week is taking place at this auspicious time when we are being challenged by a lot of policies that by my estimation, and with our experience having travelled round the world, may not actually deliver quality health services.
“In fact, it will alienate more and more people. One of such policies is the recent decision by the Infrastructure Concession and Regulatory Commission (ICRC) saying that it has granted the Federal Ministry of Health the nod to concession 22 tertiary health institutions. This is unacceptable,” he said.
Wabba added that at the inception of the present administration and despite the fact that there were proponents of privatisation of healthcare, President Muhammadu Buhari publicly expressed his opposition to the privatisation of healthcare in the country.
“But you can see that whereas they cannot pass through the door as the door is locked, they are coming through the backdoor that is unacceptable,” he said.
Wabba listed three major roles of the teaching hospitals as teaching, research and the provision of tertiary health services.
The NLC president wondered what would be achieved if the tertiary health institutions are privatised or concessioned, adding that doing so would see the two important components of research and teaching suffering.
He said health should not be for profit, stressing that even in the developed world, healthcare still remains a priority.
While defending the position of labour, Wabba said that in a country where the inequality gap is so wide between the rich and the poor, if healthcare is made essentially for profit generation, many poor citizens will not be able to access it.
He said the main reason for private health facilities existing side by side with the publicly-owned hospitals was for those who are rich and capable of footing the bill to patronise the expensive private hospitals while the poor and average Nigerians can use the government-owned facilities.
Also the in-house workers’ union in the health sector, the Medical and Health Workers Union of Nigeria (MHWUN) kicked against the alleged move to privatise public health institutions, vowing to resist the move.
The National President of MHWUN, Biobelemoye Josiah, also opposed the alleged concession plan, saying that “if healthcare services are going to remain affordable for the poor ones, government must retain its stake in public-owned hospitals and not privatise them”.
Josiah described as fraudulent, attempt by some persons to railroad the federal government into accepting to concession the teaching hospitals under the guise that it would lead to a better health sector.
He said members of the unions in the health sector would begin consultations with a view to forging a common front to oppose the concession plan.
However, the federal government has said contrary to the misconception by labour, there is no move to privatise government-owned hospitals but to review and refocus the operations of public health institutions to enable them to deliver quality and valuable services to the people.
Speaking in an exclusive interview with THISDAY, a member of the Health Sector Reform Committee and Director of Health Planning, Research and Statistics in the Federal Ministry of Health, Dr. Emmanuel Meribole, said the government embarked on the programme of reforms in appreciation of the fact that a lot had gone wrong in the health sector and that there was need to restore the public hospitals to world class standards.

Arik air announces the return of flight services to Warri.