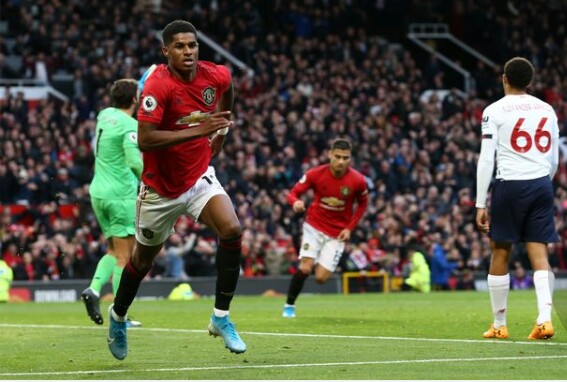 Marcus Rashford and Daniel James combined for the Man United goal against Liverpool in their Premier League draw at Old Trafford.

Rashford struck his first United goal from open play since the opening weekend in the 36th minute to put them 1-0 up at Old Trafford but Solskjaer was denied a third Premier League win of the campaign by Adam Lallana’s 85th minute tap-in.

England coach Gareth Southgate dropped Rashford for the European qualifying defeat to the Czech Republc earlier this month but recalled the 21-year-old for the second match in Bulgaria on Monday night. Rashford scored in Sofia and built on his momentum with his fourth club goal this term and third against Liverpool.

Solskjaer withdrew Rashford to a standing ovation in the 84th minute and rhapsodized about his contribution. “Best game he’s played for ages, maybe in his 10 months with me.

“He runs off the shoulder of the defenders, he chases, he defends well, he got hold of the ball, there was a nice little race between him and [Virgil] Van Dijk in the corner and you could see he is growing and getting stronger.”

Barcelona rocked by violence as Catalan protesters clash with police