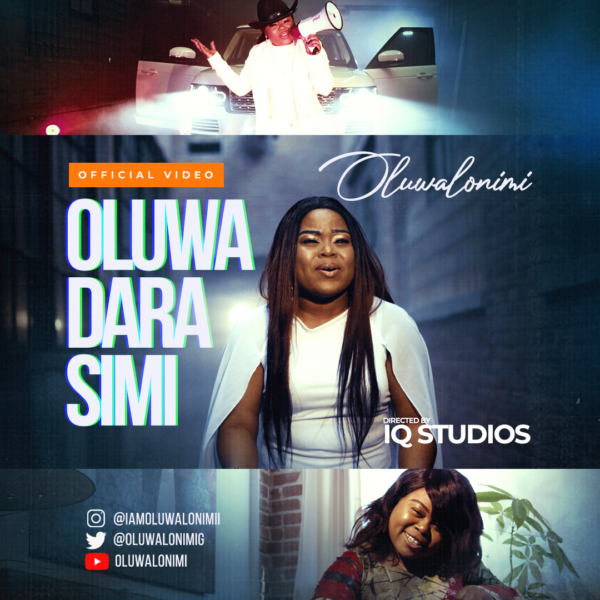 Prolific US-based Nigerian singer, songwriter, and worshipper, Adebisi Faulkner most known as OluwaloniMi releases the visuals for her hit song titled “Oluwadarasimi” which is translated as “God is good to me”.

The video directed by IQ Studios is the visuals for her hit song Oluwadarasimi which was earlier released during her birthday in March. The single produced by ace producer, Pastor Courage has been one of the top singles of the year, making the list on several chats, trending on various playlists, and also blessing lives across the globe.

This is the first official music video of the artiste, With amazing sound, creative pictures, deep lyrics, and excellent picture quality.

About Oluwalonimi
Adebisi Faulkner popularly known as OluwaloniMi was born into a Muslim family but gave her life to Christ in 2008. She has been a lover of music even before I became born again.
Oluwalonimi started music in Nigeria around 7 years ago before moving to the United State. She has 2 singles to her credit titled Thank You Lord and Praises the Lord respectively.