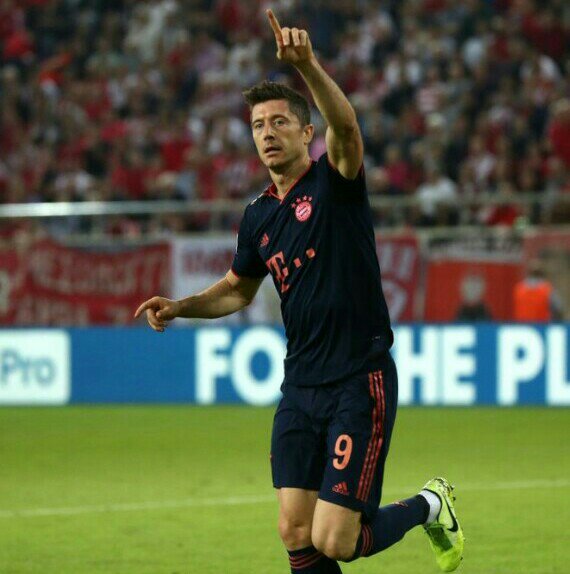 Bayern Munich had to come from behind to secure a 3-2 win over Greek giants Olympiacos, with Robert Lewandowski’s brace making him the Champions League’s fifth highest goalscorer of all time – overtaking Ruud van Nistelrooy.Tensions were high leading up to the game as five Bayern fans were hospitalised just hours before kick-off, having been attacked by Olympiacos supporters during their side’s UEFA Youth League match in Athens.It was the hosts who had the first real chance of the game and striker Youssef El-Arabi put Olympiacos into the lead from close range, seeing his header creep just over the line before Manuel Neuer was able to clear it away.Lewandowski pulled Bayern Munich back on level terms soon after with a smart finish from Thomas Müller’s rebounded shot, finding the back of the net for the 20th time already this season for club and country.The Poland international completed the turnaround in the second half after substitute Corentin Tolisso, as well as Müller, were able to keep the ball alive from a corner, with Lewandowski making no mistake from close range.Tolisso wrapped things up in the Greek capital with a stunning long-range goal, but Guilherme’s deflected shot pegged Bayern Munich back almost immediately to threaten a late comeback by Olympiacos.The hosts pushed for an equaliser but couldn’t find a way past Neuer, helping to maintain Bayern Munich’s perfect record in the Champions League and their five-point lead over Tottenham at the top of Group B.Olympiacos 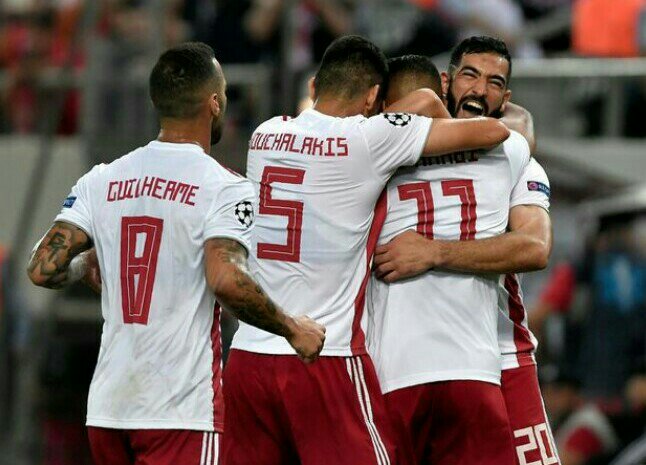 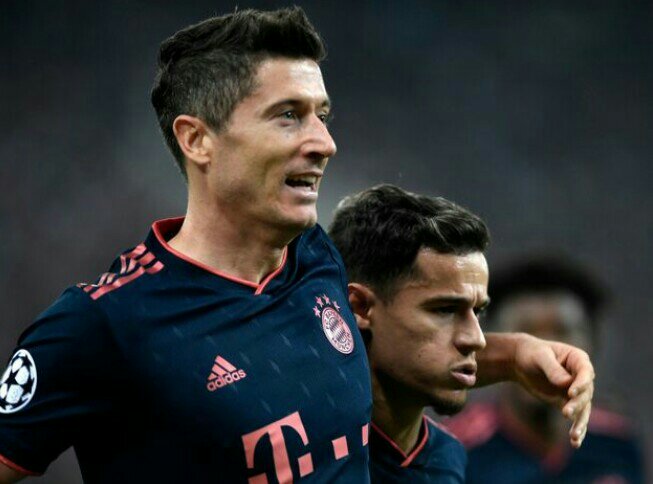 Although it could be seen from a mile off that Bayern would be frustrated in attack, many felt they’d need to remain2 patient but ultimately would cruise to a win – even though it would be another story for the Rekordmeister at the back.In their first match since it was confirmed that Niklas Süle would be out for the rest of the season with an ACL injury, Bayern Munich’s summer signings Benjamin Pavard (£35m) and Lucas Hernández (£72m) didn’t look comfortable.It had always been planned that Süle would be the centre-piece of Bayern Munich’s defence for a generation, but without their best centre-back until next season, Niko Kovač’s side looked even more vulnerable than in recent weeks – where they’ve conceded eight goals in their last four games.Anything is still possible for Bayern Munich with Lewandowski leading the line, but Kovač has to pull something out of the bag if the reigning Bundesliga and DFB-Pokal champions want to reach the latter stages of the Champions League.Player Ratings

Starting XI: Neuer (7); Kimmich (6), Pavard (7), Hernández (5), Alaba (8); Thiago (6), Martinez (7), Coutinho (8); Müller (6), Gnabry (7), Lewandowski (9*).Substitutes: Tolisso (7), Boateng (6), Perišić (N/A)With 20 goals for club and country this season, scoring for his 12th game in a row for Bayern Munich, it’s hard to imagine any other player picking up the club’s man of the match award than Robert Lewandowski.The Poland international’s equaliser saw him overtake Ruud van Nistelrooy to become the fifth highest goalscorer in Champions League history, while a second on the night took his tally in Europe’s elite competition to 58 goals in just 80 gamesRobert Lewandowski has scored 16 goals this season. If he continues scoring at this current rate, he will finish the season with…65 goalPeople said Lewandowski was finished (very misinformed opinion to say the least) but this is the best he’s ever been. Unstoppable.Looking AheadBayern will look to return to winning ways in the Bundesliga when they host Union Berlin on Saturday, while they’ll also take another step in defending the DFB-Pokal days later on the road to second division side VfL Bochum.