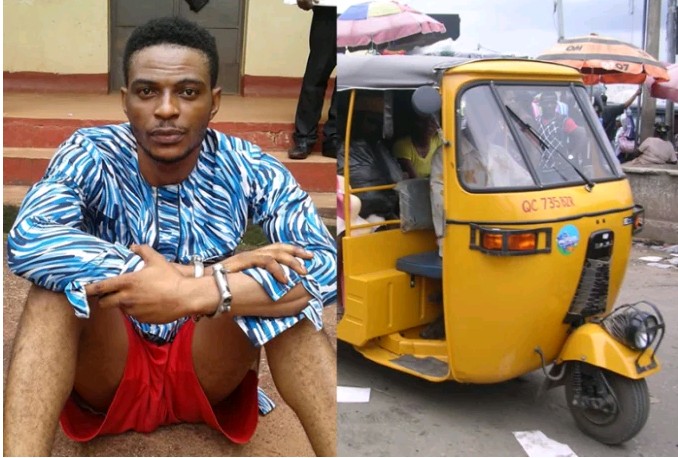 A new generation Pastor identified as Chukwuemeka Ezeh has been arrested by the Enugu State Police command for killing his girlfriend, one Miss Ogechukwu Ogbodo at her apartment.

The General Overseer of Royal Prince Prophetic Ministry whose girlfriend is a recharge card sales agent until her death, began fighting with her after she refused to buy him a tricycle.

Miss Ogochukwu a native of Amagunze in Nkanu – East Local Government Area of the state has been in a relationship for five years with Pastor Ezeh.

It was gathered that Pastor Ezeh was on a visit on July 15, 2019, when he discovered that his girlfriend came home with N2m which she intended to deposit in the bank the next day.

Upon making the discovery, Pastor Ezeh killed his girlfriend, ransacked her house and took the money and title documents to her landed property.

The New Generation Church Pastor subsequently used the money to procure musical instruments and carried out a total renovation of his church.

When interrogated by the police, the murder suspect said he killed her for refusing to buy him a tricycle even though she has been buying tricycles for people in the community on hire purchase.

Enugu State Police spokesperson, Ebere Amaraizu further told newsmen that the suspect will be arraigned in court when investigation has been concluded.

Related Topics:Enugu StateNew generation churchPastor kills girlfriend for refusing to buy him keke
Up Next