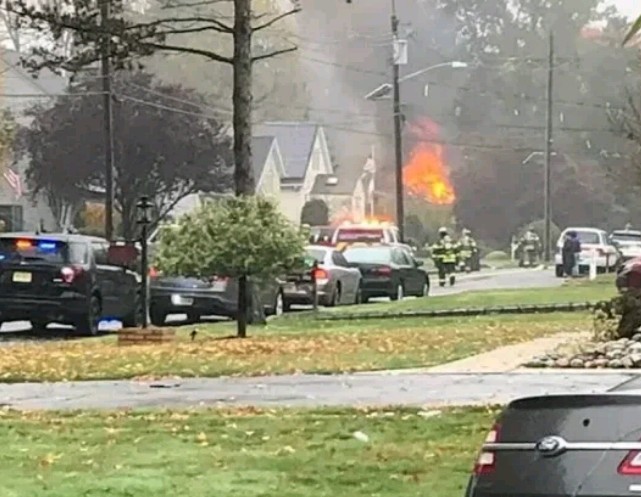 At least two houses in New Jersey were gutted by fire after a Cessna 414 plane crashed into one of them on Tuesday, October 29th before the fire spread to the second house.

The FAA said the plane came down in Berkley Avenue in Colonia at 11am. At least two houses are said to be on fire after the Cessna 414 hit a property. Images from the scene show emergency crews on the residential street as fire crews battle the flames.

A reporter at the scene told NBC New York: ‘Very heavy flames and very heavy black smoke coming up from the fire.’ In an update the NBC tweeted: “No civilians on the ground injured in NJ plane crash, mayor says. Pilot was only person on plane, pilot’s condition not known”.

Related Topics:New Jerseyplane crashes into house at New Jersey
Up Next