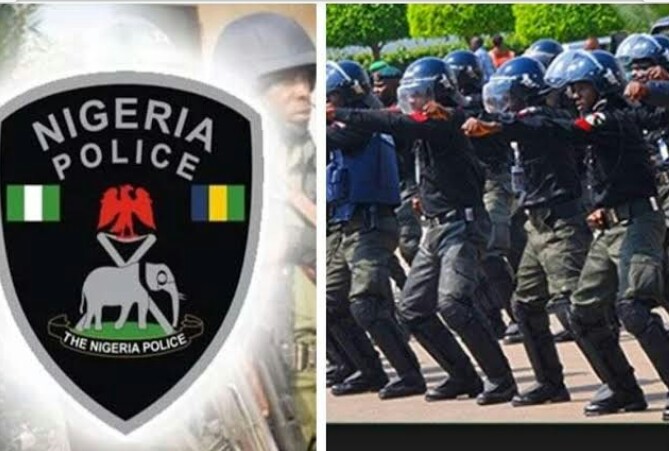 The suspects which are Salam Faruk 18 years of age and Sunday Okechukwu 19 repctively, were said to have been arrested at about 10.00 pm on Thursday while carrying out the alleged crime.
For weeks, commuters have been experiencing persistent gridlock on the Lagos-Ibadan Expressway due to ongoing road rehabilitation at the Kara-Berger end of the road.
The statement read thus, “Two suspected armed robbers were on November 28, 2019 arrested by men of the Ogun State Police Command while dispossessing commuters of their belongings at the Long Bridge of the Lagos-Ibadan Expressway.

“The two suspects, Salam Faruk, 18, and Sunday Okechukwu, 19, were arrested at about 10.00 pm by policemen on a joint patrol operation coordinated by the Area Commander Owode-Egba, ACP Irimiya Asimiya, while trying to rob motorists who got stuck in gridlock as a result of ongoing road construction.

“The policemen, who were on foot patrol of the area, sighted the two suspects who were armed with dagger knife, with which they were forcing commuters to surrender their belongings. They were subsequently chased and arrested before they could jump under the bridge.

“On interrogation, the duo confessed to have come from Lagos to the Long Bridge for the purpose of robbing motorists held in gridlock of their valuables.”

The statement added that the state Commissioner of Police, Kenneth Ebrimson, ordered the immediate transfer of the suspects to the Special Anti-robbery Squad for more investigations.