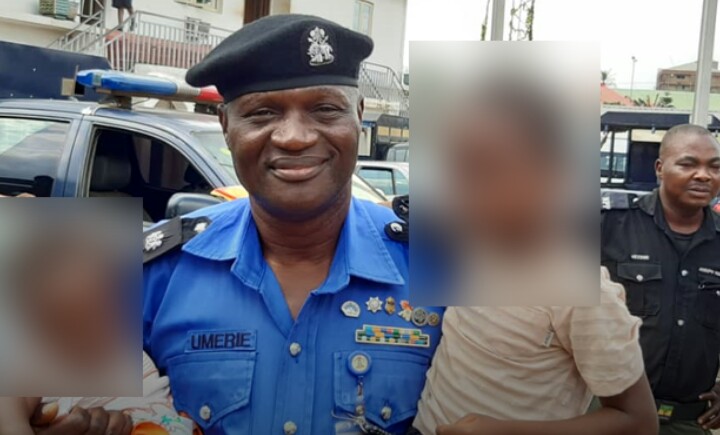 SP Haruna Mohammed, the Police Public Relations Officer (PPRO), who paraded the children and the suspected members of the child stealing syndicate at the command headquarters, said they were rescued following a tip off.

Mohammed said the suspects both females aged 28 and 32 were Amuri in Nkanu-East LGA of Enugu State.

“It will be recalled that on Nov. 22, at about 1.30 p.m. following intelligence report, Police detectives in Anambra arrested two female suspects at Nkpor in Idemili North LGA of the state.

“Preliminary investigation by Police detectives showed the children were allegedly stolen from Enugwu Aguleri in Anambra East LGA by one Ani Chisom ‘f’ aged 28 years and Afamefuna Udodili also a female,” he said.

Following the public announcement by the Command, parents of the two kids from Enugwu Aguleri came and identified their children, NAN reports.

“They also revealed their names as Confidence Ejike ‘f’ aged five years and Blessing Ejike ‘f’ aged 7 months respectively, the children have since reunited with their parents and case is under investigation after which suspects would be charged to Court,” he said.

Mr and Mrs Ejike, parents of the stolen children expressed delight over their reunion with their children.

The Ejikes said one of the suspected child thief was their neighbour at Enugwu-Aguleri where they lived and was a frequent visitor to their house.

Speaking to journalists, Ani, confessed to the crime and that trouble started when the buyers insisted on buying her son instead of the baby girl she stole with the intent of selling to them.

“The baby boy is my child, then the baby girl is the one I stole from the parents, and the third one is the sister to the one I stole, but she followed me after I carried her little sister, so I decided to take two of them,” she said.