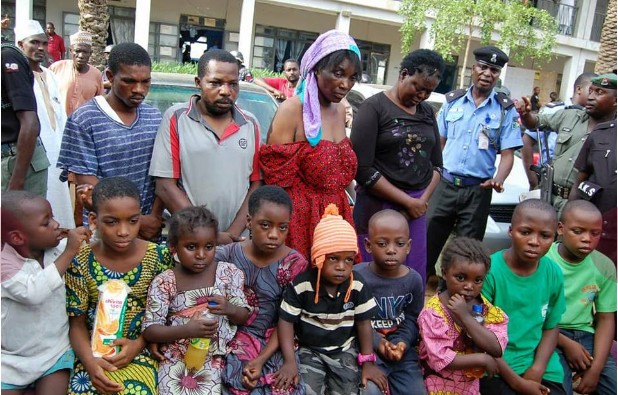 Kano State police command has recovered Eight children (4 boys and 4 girls) who were kidnapped in 2014.

The syndicates were busted following the arrest of one Paul Owne, who abducted one Harlan Sagir Bako and attempted to move him to Anambra State, where he would be sold.

The state Commissioner of Police, Ahmed Iliyasu, said Bako was abducted on September 11, 2019, on his way home from Islamiyya School at Yankaba quarters, Kano.

He said, ‘’The command’s tactical team of Operation Puff Adder attached to the anti-kidnapping squad was detailed for discreet investigation in the course of which the suspects were arrested. .

They confessed to have conspired among themselves and abducted various children from areas like Sauna, Kwanar Jaba, Kawo, Hotoro Yankaba and Dakata quarters all within the Kano metropolis.’’

Others were Blessing Ogbodo, 10 (female); Chiazozie Ogbodo, 11 (male); Chiemerie Ogbodo, 6 (male). The kids have since been reunited with their respective family members. 📷: Crime

Flood Kills little Boy And His Rescuer In Lagos