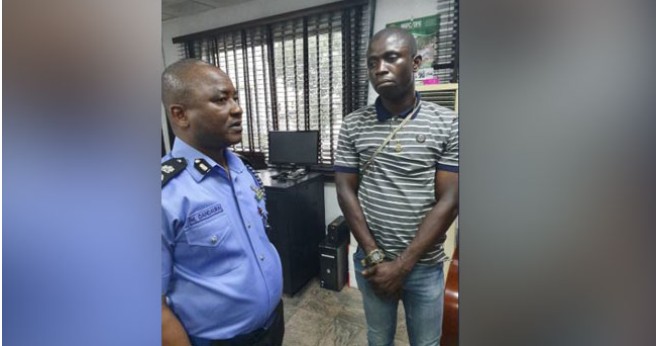 Port Harcourt serial killer, Gracious David West, has confessed to killing over seven women in a hotel. In his words;

“So far, I’ve killed five girls in Port Harcourt; one in Owerri (Imo) and another in Lagos. I started the killing in Lagos”.

In the video shared by the police, He said he met his last victim at a club and after they agreed on a payment, they left the place together to a hotel.

The suspect said he and the victim ate,made love and slept but that in the middle of the night, he brought out a knife and threatened to kill her with it if she shouted.

David West said when she saw the knife, she calmed down out of fear and allowed him to tie her two hands behind her back before strangulating her.

“After the girl relaxes, then, I will tear the bed’s pillow case and tie her hands and legs, so that she will not struggle. Thereafter, I strangle her,” he confessed.

Mr David-West said before strangulating his victims that they usually pleaded for their lives by offering him money as well as details of their bank account.

“After I kill a girl, I collect her phone, and sell the phone at Waterlines and MTN office (areas in Port Harcourt).Also, ” I collect their ATM pins, and after dawn, I go to ATM to withdraw money from the account. I usually use the money to get other girls.

“I don’t know what is making me to kill people. Immediately the urge comes, I kill, and after killing, I regret and feel sober. But later, I will still go and kill again,” he said. The suspect was arrested inside a commercial bus that was travelling to Uyo from Port Harcourt.