(Born December 1998) is . She was born and raised in Bujumbura, Bwiza, and Jabe Burundi. She’s the third child (in four children), she was born in a Christian family where her father became Pastor of the Trinite Libre Church, she was surrounded by musicians, singers in her family and she started singing when she was 8 years old in Sunday school but before she liked singing at home with her brothers and sisters.

After the Choirmaster took her and started to train her, so she started singing in the choir. Different artists started searching for her, she started to help them in taking the backing (back up voice) and she worked in different groups.

In 2019: she knew that the time has come to start her solo career. She organized an event called Rebecca Celebration, where she proclaimed the official launch of her solo career, and so she continued to sing in different events organized by other singers. Then in 2020: she released her first song named Igikomere Mu mutima after in October she did a big concert named Healing concert where there were a lot of people.

Rebecca Metusela hopes one day to find herself in different countries and to work with different gospel artists worldwide because she’s called to serve the world. 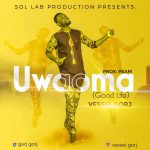 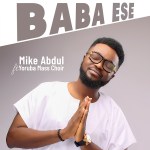