The Bayelsa State Governor, Seriake Dickson has dismissed Mrs. Helen Bob, as a Special Adviser in his administration.

A statement by the Chief Press Secretary to the Governor, Mr. Fidelis Soriwei, said that Bob was dismissed for repeated acts of gross misconduct, indiscipline, irresponsibility and acts unbecoming of a person occupying the high position of Special Adviser in any government whatsoever.

Soriwei said that Bob, who was a governor’s aide for almost eight years, was among 130 special advisers out of over 2000 appointees engaged by the governor.

It was gathered that the development was in connection with Bob’s recent public outburst over Dickson’s choice of candidate and running mate for the Peoples Democratic Party (PDP) ahead of the November 16 governorship election.

Bob had condemned some decisions taken by the governor describing them as recipes for failures in the election and saying she was ready to be relieved of her post in the government.

Bob, who was former Chairperson of Brass Local Government Area, particularly expresses her angst over governor’s choice of Senator Lawrence Ewrujakpor as the party’s running mate. 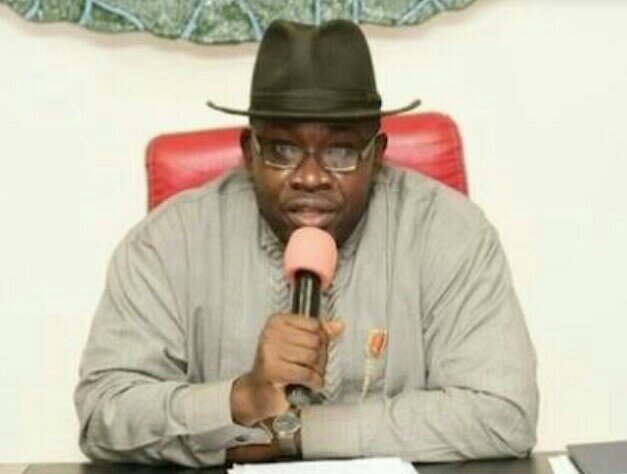 She also described a stakeholders’ meeting proposed by the governor to seek possible substitution of Erwujakpor as unnecessary since according to her the governor had the knife and the yam.

She said: “For me, there is no need calling stakeholders to hear governor’s briefing as usual because they may not be given opportunity to speak out their minds. Even if they do, their opinions will never count because of our past experiences.

“We all recalled how three aspirants emerged from him to speak for a Restoration political family and the entire PDP. Not even the party leadership could call a meeting to discuss the way forward but strongly supported the governor to ensure one of them won the PDP ticket while others were disgraced.

“He may be the last PDP governor if he doesn’t fix all these disheartening issues that have clouded our dear PDP. The governor is a very intelligent and experienced personality that knows what best to do at the right time.

“He need not any stakeholders meeting to fix the party back to the way it used to win general elections. Since 2015 that the model of choosing who bears the PDP flags in state House of Assembly, House of Reps and Senate seats changed to imposition of candidates due to favouritism, family and friends, we have lost more seats than ever.

“With all due respect my boss, the truth is bitter but I have to state it here clearly that this imposition of candidates is an unpopular and old school kind of party primary model that is why we lost those seats to the APC.

“Frankly speaking, even those who are close with you are only there to ensure there salaries read hence will never tell you the truth. Please take a good decision yourself as you have always done to fix all the collapsing walls of the party as no stakeholders have any role to play at this point”.