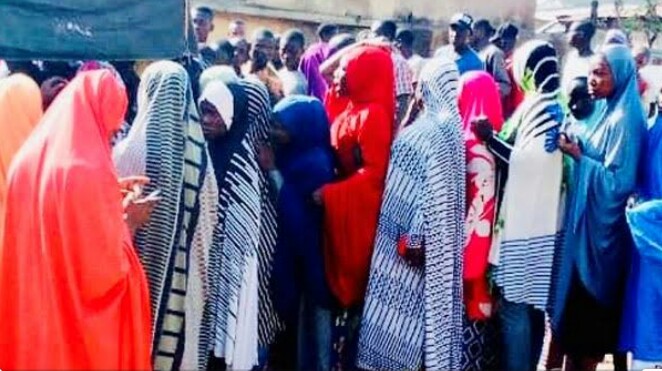 This comes as voting ends in all polling units where a rerun election is taking place in the senatorial zone Senator Smart Adeyemi of the ruling All Progressives Congress (APC) has been declared winner.

The Returning Officer, Prof. Olayide Lawal, of the Federal University, Oye, Ekiti, said the rerun became necessary in view of the fact that no clear winner emerged in the November 16 rerun.

Prof. Olayide said that the margin of win was less than the cancelled votes, and was therefore inconclusive according to electoral laws.

Meanwhile Senator Dino Melaye who is the candidate of the Peoples Democratic Party (PDP) in the Kogi West Senatorial supplementary election, , has said he would be approaching the election petition tribunal if the Independent National Electoral Commission (INEC) fails to review the outcome of the November 16 Appeal Court ordered rerun. The INEC had returned the verdict of inconclusiveness following alleged electoral violence and malpractice that reportedly characterized the exercise.

Senator Dino Melaye after casting his vote, in -Gbedde, on Saturday, expressed dissatisfaction with the results declared by the INEC, describing the November 16 election as a fraud that will not stand. According to him, “What we have as result is fraud, a major fraud.”

Earlier the State’s (REC), Prof. James Apam, has attributed the low turnout of voters in yesterday’s Kogi West Senatorial District supplementary to poor mobilisation by the political parties. He spoke against the backdrop of voters apathy observed in several polling units in wards in Kabba, Mopa Moro and Lokoja. The REC said that the political parties should be blamed for voter apathy, who according to him, failed at convincing their supporters on the need to come out and vote.

The exercise was however peaceful in Lokoja and other areas of Kogi West, including Odolu in Kabba, Aiyetoro-Gbedde and Demonstration Primary School, in the Asuta Ward voting unit of PDP National Publicity Secretary, Kola Ologbondiyan. At the Ward B Unit 001, Karaworo, near Pararanda, in Lokoja, accreditation began as early as 8am, after which voting commenced. While voters’ turnout was impressive in the capital, there was reported voter apathy in parts of Okun land
In Mopa, there was near no sign of the exercise, as most people stayed away from the polling units in the two wards that were affected. In Kabba, with about seven polling units, voting had ended at about two hours before the 2pm. Some of the voters attributed the low turnout to fears of a repeat of the violence that greeted the November 16 poll. A PDP chieftain, who spoke under the condition of anonymity, attributed the low turnout to fears that their votes won’t count.