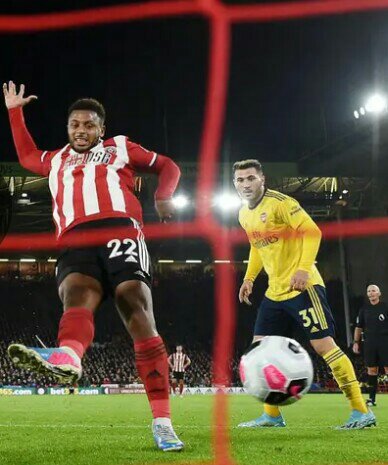 Lys Mousset marked his first league start for Sheffield United with a goal to sink Arsenal at Bramall Lane as the Gunners’ woes away from home in the Premier League continued.

The Frenchman’s first half strike proved enough to earn Chris Wilder’s side a 1-0 win and leave Arsenal without three points on the road in the league since they beat Newcastle at St James’ Park on the opening day of the season.

Unai Emery made just one change to the side that had beaten Bournemouth at home before the international break, as Joe Willock replaced Dani Ceballos in midfield.

Mesut Ozil and Hector Bellerin were both absent from the matchday squad, while summer signing Kieran Tierney was made to wait for a first Premier League start as he joined the returning Alexandre Lacazette among substitutes.

Arsenal missed a glorious chance to take the lead when Nicolas Pepe failed to convert Sead Kolasniac’s low cross at the end of a swift counter-attack, and they were soon made to pay as the hosts went in front on the half-hour mark.

The breakthrough came when Jack O’Connell rose above three Arsenal defenders at the backpost to knock a whipped corner back across the face of goal, where Mousset was waiting unmarked to nudge beyond Leno from a yard out for his second goal in as many games against the Gunners. 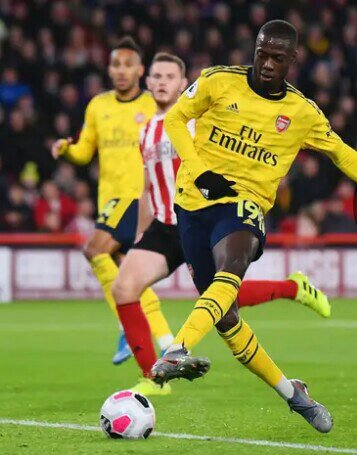 The visitors wanted the chance to level from the penalty spot before the interval, when Bukayo Saka went down under the attention of John Egan, but Mike Dean was right to dismiss the appeals, though his decision to award a yellow card for simulation looked harsh.

Emery sent on Ceballos at the break to try and add some creative spark but he wasted a terrific chance to equalise just before the hour mark when scuffing his volley from Saka’s cross straight at Dean Henderson.

Lacazette was sent on to join Pierre-Emerick Aubameyang upfront as Emery tried to salvage something, and he was soon joined by Brazilian youngster Gabriel Martinelli, but the newly-promoted side hung on for the win that sends them into the top half and sees Arsenal lose ground on Chelsea and Leicester in the race for the top four. 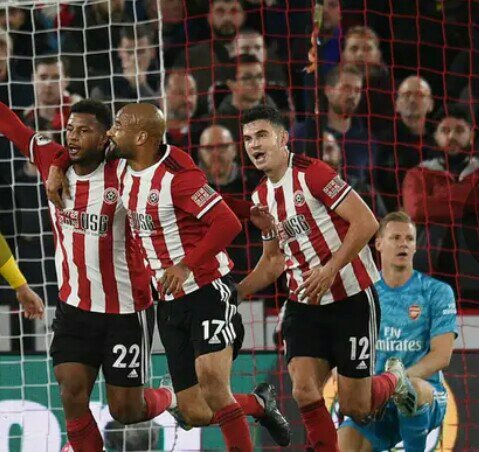 What a win for Sheffield United!