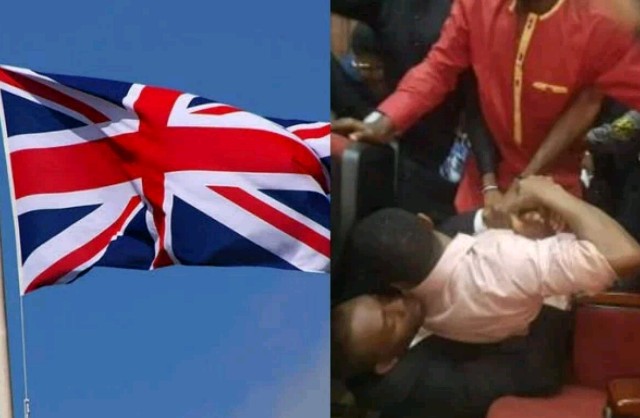 The UK government has taken to it’s twitter handle to react to the drama which played out at the Federal High Court in Abuja on Friday December 6, just before Omoyele Sowore was rearrested by operatives of the Department of State Services (DSS) while his trial was ongoing.

The British High Commission in Nigeria in its tweet disclosed that it is following Sowore’s detention closely.

The commission also stated that respect for the rule of law and free and responsible speech is fundamental for democracy.

It added that the UK government is committed to defending and strengthening human rights worldwide.

“As we celebrate #HumanRightsDay, we encourage all political, state and non-state actors to uphold the ideals set out in the Universal Declaration of Human Rights, signed 71 years ago today.

“We are following closely the continued detention of #Sowore. Respect for the rule of law and free and responsible speech is fundamental for #democracy.

“The UK is committed to defending and strengthening human rights worldwide and, as we conclude #16DaysofActivism2019, working to end gender-based violence.”

Punch Newspaper To Henceforth Prefix Buhari’s Name With His Rank As a Military Dictator, To Refer To His Administration As a Regime, Over To It’s Alleged Lawlessness.