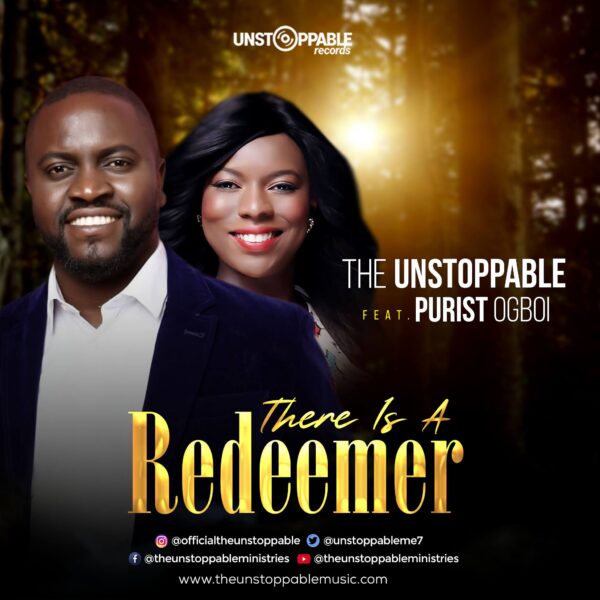 This song “There Is a Redeemer” is referred to as a “classic”. The popular praise and worship song first written by Melody Green in 1977 and popularized by her husband, contemporary Christian musician Keith Green was first released on 1982’s Songs for the Shepherd, the last album to be released before his death.

The song has been covered by various artists such as Robin Mark and many others, and this remake by The Unstoppable and Purist Ogboi is masterfully done with exciting vocals coupled with brilliant musical arrangement.

The song is produced by Evans Ogboi.

There is a Redeemer is a song that embodies biblical truths and gives every believer the blessed assurance of the hope of our salvation in Jesus Christ the redeemer.

Get Audio Here: There Is A Redeemer – The Unstoppable ft. Purist Ogboi