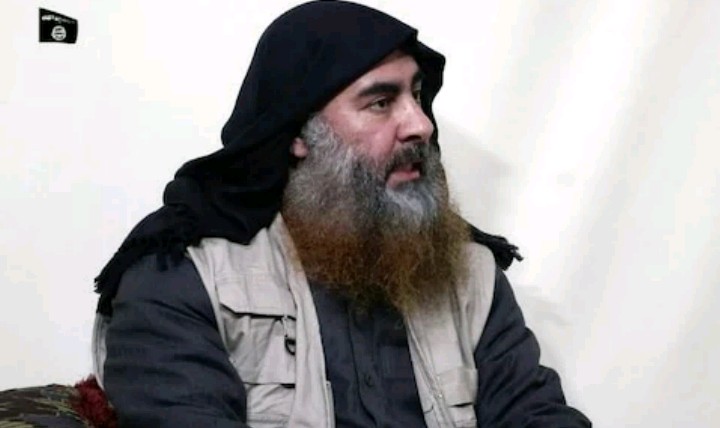 The remains of late ISIS leader, Abu Bakr al-Baghdadi has been disposed of at sea as it is revealed that U.S. forces were able to confirm his identity using DNA samples taken from his underwear and blood.

Baghdadi blew himself up after being cornered by U.S forces in a dead-end underground tunnel in his Syrian compound on Saturday, October 26th.

His remains were then buried at sea, the chairman of the U.S. Joint Chiefs of Staff, Army General Mike Milley, revealed.
Osama bin Laden’s remains were also disposed of at sea when he was killed in Pakistan in 2011.

The daring raid on the compound where Baghdadi was hiding in Syria was the culmination of years of steady intelligence-gathering work and 48 hours of hurry-up planning once Washington got word on where he would be.

His body was mutilated in the blast and U.S. troops had to dig through debris to reach his corpse. Soldiers conducted a DNA test using a small field kit to confirm his identity. The terrorist’s underwear and a blood sample were used to match his DNA, Syrian Democratic Forces (SFD) General Mazloum Abdi told NBC News.

The leader of the Kurdish militia said they had a source undercover in Baghdadi’s inner circle who had direct access to the ISIS leader. The source gave U.S. intelligence a pair of Baghdadi’s used underwear and a blood sample at some point this summer.

U.S. soldiers used the DNA from those samples to positively identify him from the remains found in the compound after the blast. That same source was at Baghdadi’s compound when it was raided and he left with U.S. forces, Abdi said.

Related Topics:al-baghdadiISISUS military
Up Next

Policeman shoots himself and his wife dead in Lagos