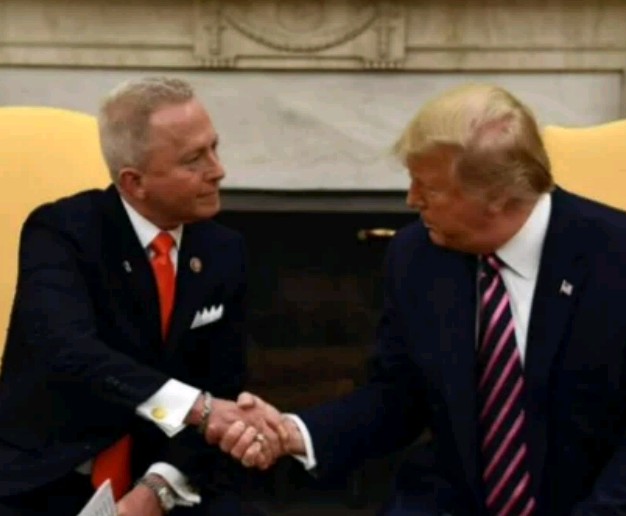 President Donald Trump has announced that Rep. Jeff Van Drew would join the Republican Party, a day after the New Jersey congressman and one other Democrat voted against both articles of impeachment.

Van Drew met with Trump, Vice President Mike Pence and House GOP Leader Kevin McCarthy at the White House on Thursday, December 19th but looked to have already made up his mind Wednesday night. He sat with Republicans before the historic vote, receiving handshakes and fist bumps from GOP members.

He crossed his arms when House Intelligence Committee Chairman Adam Schiff presented the Democratic case for impeachment. And he gave McCarthy’s counter argument a standing ovation. “I think they were very kind, very gracious, very nice, very supportive,” said Van Drew about the Republican welcome on Wednesday night. “And I appreciated that.” Van Drew added that he thought Trump’s chances of reelection “are going to be even higher” after the Senate acquits the President.

Democrats are however moving quickly to keep the seat. Brigid Harrison, a political science professor at Montclair State University, announced on Monday that she would run and other Democrats are considering campaigns.

Related Topics:US politician Jeff Van Drew dump the Democrats to join President Trump in the Republican party
Up Next

Clash of the interims: Who was better?