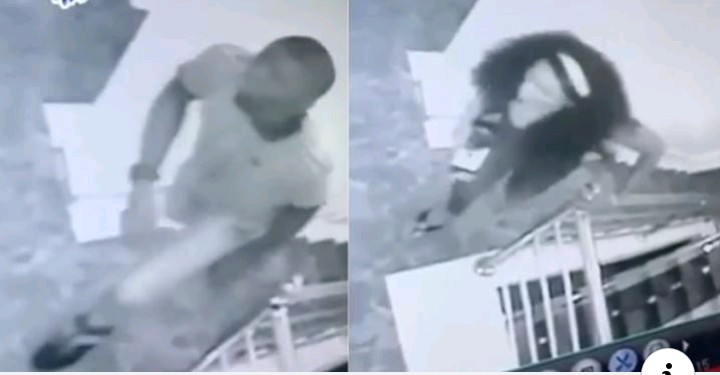 According to reports, an unidentified lady has been killed in a Port Harcourt hotel barely three days after a girl was found dead inside a hotel room in the city, strangled to death by a suspected serial killer who has been on the lose.

However this time, a CCTV captured the face of the killer. According to the reports, the incident happened at a hotel located along Stadium Rd, Rumuomasi, Port Harcourt on Monday night. Watch video below :

The body of the victim was reportedly discovered on Tuesday morning, inside the room of the hotel According to the video, currently being analyzed by the police, the duo checked in around 11:30pm on Monday

Related Topics:Serial killer caught on CCTV in port Harcourt
Up Next