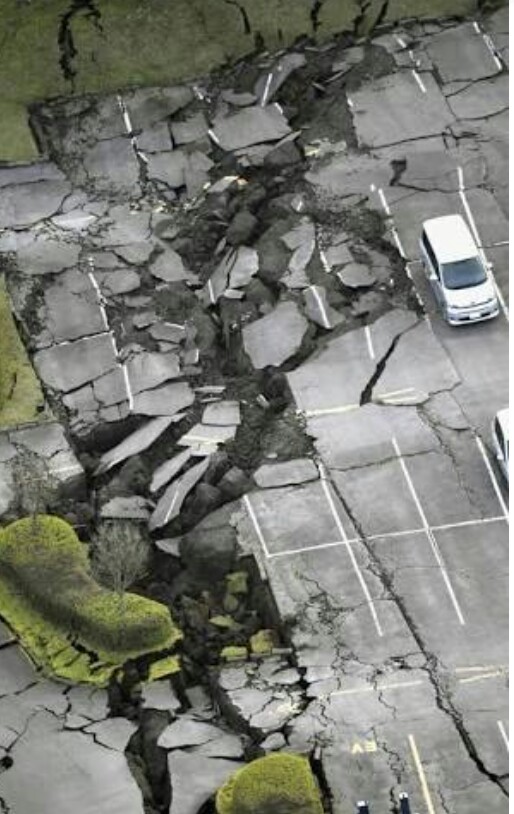 5.7 earthquake comes amid devastation of Typhoon Hagibis, one of strongest storms to hit Japan in decade.

A magnitude 5.7 earthquake has jolted the main island of Japan as Typhoon Hagibis, one of the strongest storms to hit in decades, continues to reap devastation throughout the central region of the country.

The earthquake recorded a 4 on Japan’s intensity scale of 7, with the epicentre located in the Pacific Ocean off Chiba Prefecture, close to major cities such as Tokyo and Shizuoka on the south coast of the Honshu island. No tsunami warning has been issued.

Japanese Meteorological Agency (JMA) confirmed the quake, saying that it struck at 6.22pm Japan Standard Time at a depth of 80km in the Chiba-ken region.

The tremor was felt across the capital, leaving buildings shaking amid already treacherous conditions generated by Typhoon Hagibis.

Hagibis, which has been classified as “very strong” by the Japan Meteorological Agency, is advancing on a northerly path over the south of Honshu. It’s set on a collision course with Tokyo and the wider Kanto region, which is set to experience record-breaking rain and winds. The storm made landfall on Saturday evening, having been downgraded beforehand to “strong,” the JMA’s level for typhoons just above a severe tropical storm.

More than five million evacuation advisories have so far been ordered up and down Honshu’s south coast, with residents taking shelter in crisis centres amid rising flood levels and violent winds which have left one man dead.

In the Greater Tokyo Area, wards have been issuing evacuation instructions — the strongest form of advisory used in Japan. More than 432,000 residents in the Edogawa Ward were told on Saturday afternoon to move to emergency shelters, with 214,000 houses in the area susceptible to flooding. Evacuations have also been ordered in Kawasaki, one of the city’s main districts.

Roughly 57,000 houses have been left without electricity in and around Tokyo, while buildings in the Kansai region, home to cities such as Osaka and Kyoto, have been damaged by floodwaters.

The first fatality of the storm was reported on Saturday morning. According to NHK, Japan’s national broadcaster, a man from Ichihara, a city in Chiba Prefecture, was killed when his vehicle was flipped over. The man was taken to hospital where he was pronounced dead.

Fears have been raised that the storm, which is generating gusts of up to 145mph, could match the fury of the 1958 Kanogawa Typhoon, one of the deadliest on record, which killed more than 1,200 people when it hit Japan’s Shizuoka Prefecture.

With the worst-hit areas of Honshu set to be deluged by close to three feet of rain in a 24-hour period, the JMA has issued emergency warnings of flooding, mudslides and storm surges as high as 42 feet along the coast. Tokyo is predicted to see two feet of downpour.

Reasons why the Centrica share price rose 6% in September