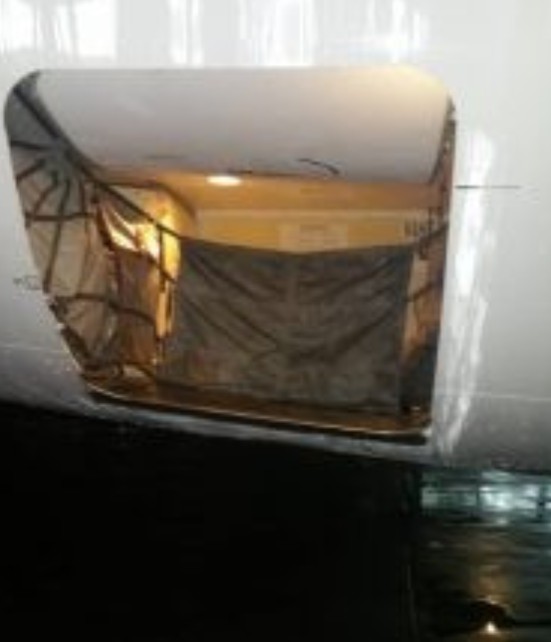 The baggage compartment of the Royal Air Maroc aircraft was opened on the runway by some yet-to-be arrested suspects upon landing in the early hours of today.

The Federal Airport Authority of Nigeria (FAAN) Spokesperson, Mrs Henrietta Yakubu who confirmed the incident blamed it all on forced landing.

“Confirming the incident, Aviation Security officials that escorted the aircraft upon landing noted that although all necessary security landing procedures were observed as the aircraft was landing and there was no invader around the aircraft, they suspected the opening must have been as a result of a forced landing.

“Further investigation revealed  that all passengers on the flight got their luggage intact, except for a certain Tazi Larbi, whose luggage with tag number 829116 did not come on the flight because it was left in Morocco

“Appropriate agencies have, however, commenced an investigation into the incident to ascertain the cause. The aircraft pushed back at about 0530 hours and was airborne to Morrocco at 0540 hours” she said.

The suspected attack on the aircraft which arrived Nigeria from Rabat is just one of the many security breaches that has been witnessed at the Lagos airport in recent times.

First Human To Walk In Space “Alexei Leonov”, dies at 85.