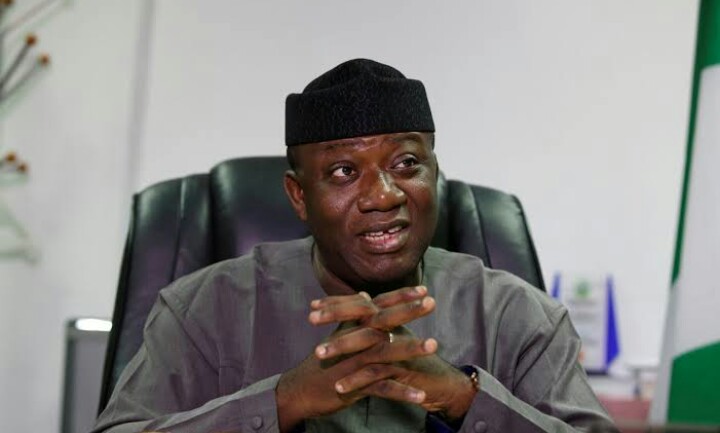 The Governor of Ekiti state His execellency Gov. Kayode Fayemi of Ekiti has directed the Nigerian police Force to bring to book the killers of Dotun Kosedake. He was shot during Saturday’s local government election in the state.
The governor gave the directive in a statement issued by his Chief Press Secretary, Mr Yinka Oyebode.
The governor, however, expressed satisfaction at the general conduct of the election.
He futher congratulated all APC members that were newly elected Chairmen and Councillors of the 16 local government councils.

” While the election was largely peaceful, the incident in Ikere was, however, a sour poil
We commiserate with the family of the deceased, even as I have directed the police in the state to investigate what actually transpired and bring the perpetrators to book,” he said.
He hailed the professionalism of the EKSIEC officials under the leadership of Justice Jide Aladejana, saying that the free and fare nature of the election was a reflection of their professional conduct.

Gov. Fayemi said he was particularly impressed the election held under a peaceful atmosphere as voters and SIEC officials conducted themselves in orderly manner.

While congratulating the newly elected council chiefs,Gov. Fayemi urged them to see their election as a call to service, adding that they could not afford to disappoint those who voted for them.

He reminded them of his administration’s zero tolerance for corruption and mediocrity,stating that it was no longer business as usual in the councils.

“I congratulate the good people of Ekiti State, for demonstrating their peaceful nature and love for democracy during Saturday’s council poll