Kevin De Bruyne is running the show for Belgium in their European Championship qualifier against Scotland tonight, recording an incredible THREE assists in the space of 23 minutes.

The Manchester City midfielder has recorded a goal or an assist every 48 minutes in the opening games of the season, and tonight’s scintillating performance at Hamden Park is testament to his impressive form.

The 28-year-old opened his account in the eighth minute when he cooly squared the ball to Romelu Lukaku, who couldn’t miss from 12 yards out.

De Bruyne then delivered a trademark cross from the right to give defender Thomas Vermaelen an easy header to make it 2-0 with just 24 minutes on the clock. 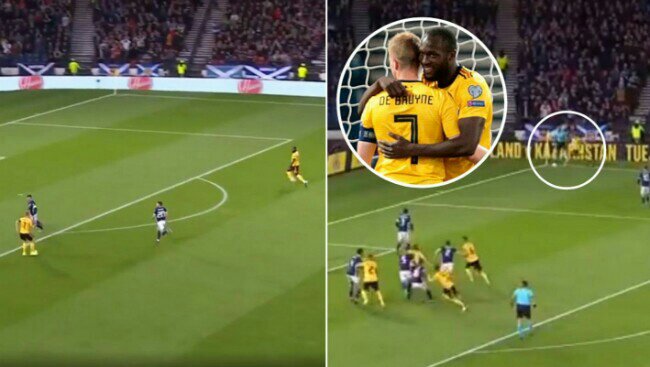 The Belgian midfielder completed his hat-trick of assists in the 32nd minute, finding another centre-back, Toby Alderweireld, in the area to head home.

His performance in the famous yellow and black of Belgium has certainly caused a stir on social media.

De Bruyne has been in the form of his life in recent weeks, and he gave us perhaps his most scintillating performance yet against Tottenham in August.

The 28-year-old played a crucial part in both goals, scored by Raheem Sterling and Sergio Aguero, and was a constant threat down the middle, cutting through Tottenham’s defence with a number of sublime passes

50 people are talking about this

De Bruyne’s worldie performance against Mauricio Pochettino’s side got us thinking about the time Paul Merson made a snap comment about the Belgian midfielder when he arrived at Manchester City.

Back in August 2015, Merse had a very strong opinion following his club record £55 million move from the Bundesliga, slating City’s decision to splash such a huge fee on the player.
As we all know, De Bruyne went on to become one of the best midfielder’s in world football, making the pundit’s comments sound rather bizarre, four years of incredible football.
Sit back, relax and read Merson’s thoughts on the signing of De Bruyne in a piece for the Daily Star:

“Manchester City paying so much money for Kevin De Bruyne is an absolute joke.” Merson said.

“I thought he was out of his depth at Chelsea. He never once went out on the pitch and looked like he belonged there. I don’t think he could handle it – and now he’s going to City for about three times what Wolfsburg paid for him. Not for me.

“He’ll be on the bench at City for a start, because you can’t change a winning team. Who does he get in ahead of? No-one. They’re all playing too well.

“But he didn’t like it when he was on the bench at Chelsea and he ended up getting bombed out because Jose Mourinho questioned his attitude.

“Okay, he’s had a good season in Germany. But there are only a few decent clubs there really, aren’t there? It’s not the Premier League.

“I just think their money could have been better spent elsewhere. They need a forward. Aguero and Bony are not enough.” 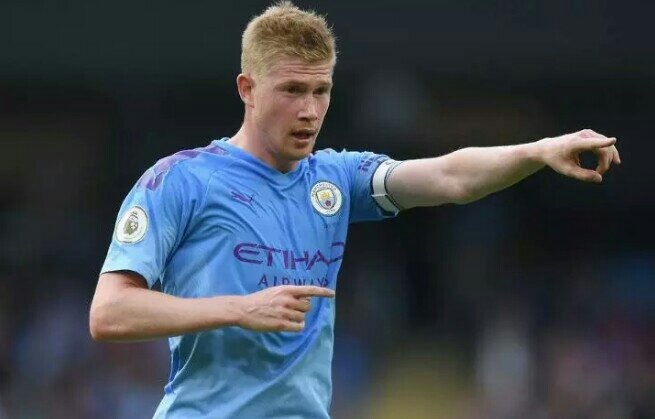