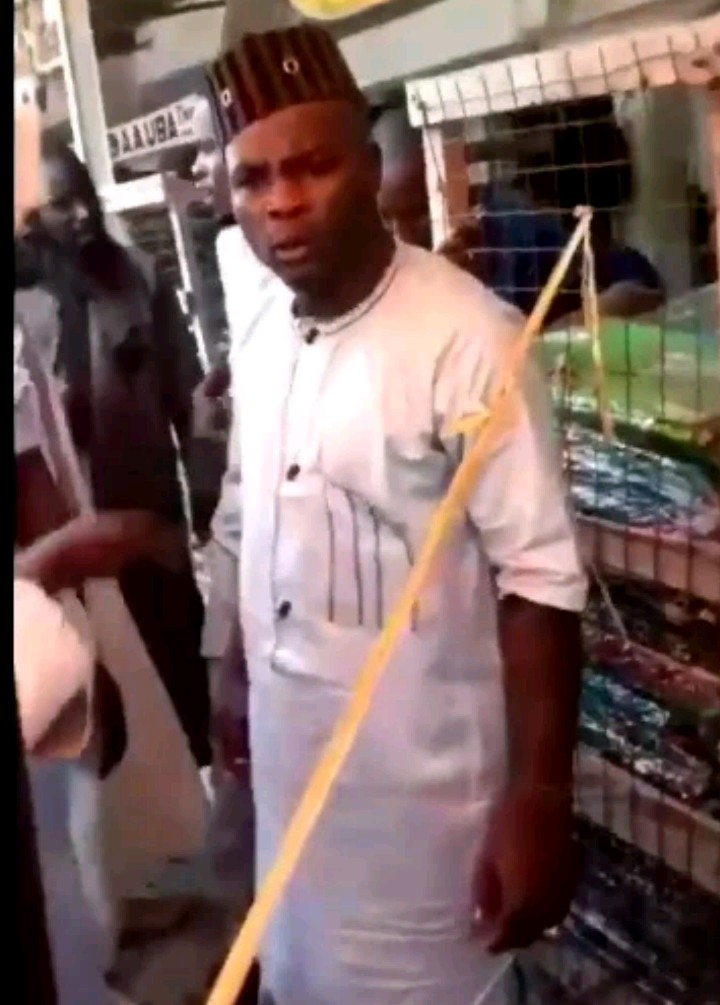 Days after Minister of Agriculture says N30 can feed a person in Kano, Nigerian man goes to a canteen in Kano to eat and pays N30. He was almost beaten.

Few days ago, the Minister of Agriculture, Muhammad Sabo Nanono, said that there is no hunger in Nigeria and that food is so cheap in Nigeria that with N30, one can eat to his or her satisfaction in a canteen in a state like Kano.

He was lucky to leave the place without an injury as the food vendor and his friends almost beat him up.
Journalist, Gimba Kakanda, who shared a video from the scene on Twitter, wrote:

This citizen took a cue from the Minister of Agriculture, Sabo Nanono, who said that one can eat N30 worth of food in Kano and be satisfied. What happened when he decided to pay N30 for the meal is what attracted this mob.

The poor chap even told them that he got the information on the new price of food from Sabo Nanono, and one of the mob asked if Nanono was the food vendor’s father.

Related Topics:An almost beaten by mob after paying #30 for lunchminister of agriculturesabo nanono
Up Next

Woman lived in van with 320 rats