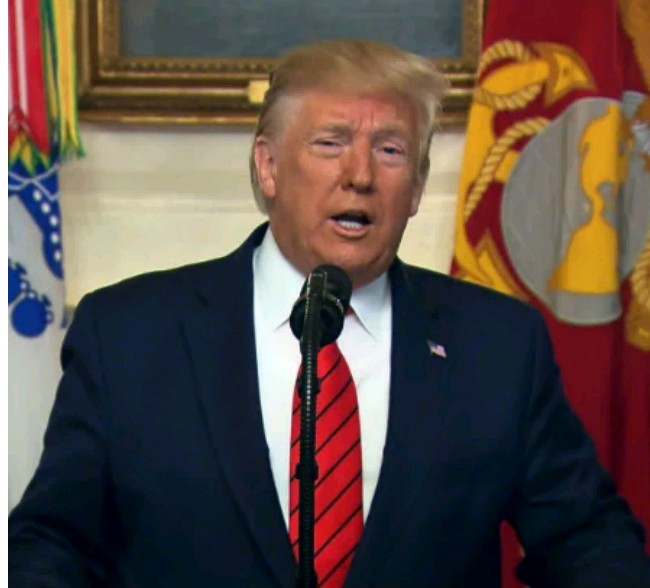 During a press conference at the White House this morning, the President said, ”last night the United States brought the world’s number one terrorist leader to justice. Abu Bakr al-baghdadi is dead”.

“He was the founder and leader of ISIS. The most ruthless and violent terror organization anywhere in the world. The United States has been searching for Baghdadi for many years. Capturing or killing Baghdadi has been the top national security priority of my administration”

Eight helicopters were met with gunfire as they approached the compound, and returned fire to neutralize the threat.

When the choppers landed “a large crew of brilliant fighters” emerged. They blew holes into the building to avoid a booby-trapped main door.

Trump said al-Baghdadi died ” whimpering and crying and screaming all the way ” into a dead-end tunnel.

“He reached the end of the tunnel as our dogs chased them down” and then detonated the suicide vest, killing himself and three of his children, Trump said.

Related Topics:al-baghdadiDonald Trump confirms killing of ISIS leader
Up Next