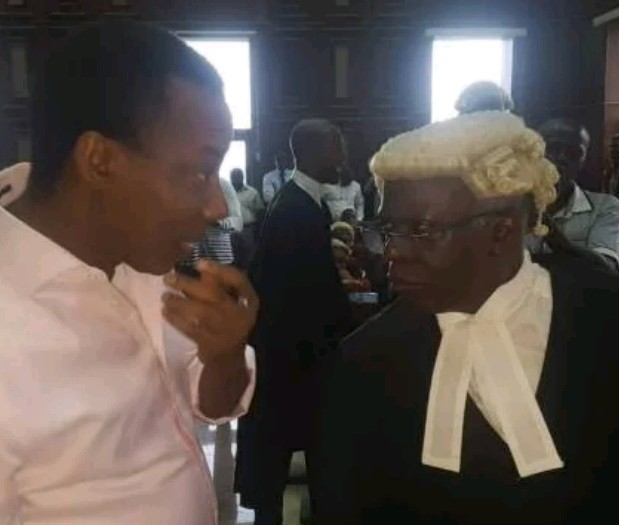 Human rights lawyer Femi Falana (SAN) has written to the Attorney-General of the Federation and Minister of Justice, Abubakar Malami SAN, seeking the release of the convener of #RevolutionNow protest, Omoyele Sowore, from the custody of the Department of State Services (DSS).

In the letter dated December 13, 2019, Falana urged the AGF to use his office to direct the DSS to release Sowore from custody in line with the order of the Federal High court admitting him to bail pending trial.

Falana’s letter was titled, ‘Request For The Release Of Omoyele Sowore From Illegal Custody.’

It follows an earlier announcement by the AGF office that it had taken over the prosecution of Sowore and his co-defendant, Olawale Bakare, from the DSS.

“Following the announcement of your decision to take over the case of Federal Republic of Nigeria v Omoyele Sowore & Another, two members of the legal defence team visited the headquarters of the State Security Service on December 13, 2019 to demand for the immediate release of Sowore from illegal custody.

“Our colleagues were however advised to direct the request to your office in view of the fact that you have taken over the case from the State Security Service.

“In the light of the foregoing, we hereby request you to use your good offices to direct the State Security Service to release Sowore from custody in line with the order of the Federal High court admitting him to bail pending trial.

We are confident that you will not hesitate to grant our request as no court has issued any remand order for his detention,” the letter read in part.

The AGF’s decision to takeover the case follows criticism of the invasion of the Federal High Court in Abuja by the operatives of the DSS to re-arrest Sowore on December 6th.

Related Topics:femi FalanaFemi Falana writes a letter to the Attorney General of the Federation to demand Sowore’s releaseSowore
Up Next